Debate on whether Bristol should have an elected mayor.

© Licensed to London News Pictures. 13/04/2012. Bristol, UK. George Ferguson takes part in an open air debate whether Bristol should have an elected mayor at a speakers corner debate at College Green in front of Bristol's Council House. Ferguson has previously expressed an interest in standing if the referendum votes to have a mayor in Bristol. He is an architect and former President of the Royal Institute of British Architects..Photo credit : Simon Chapman/LNP 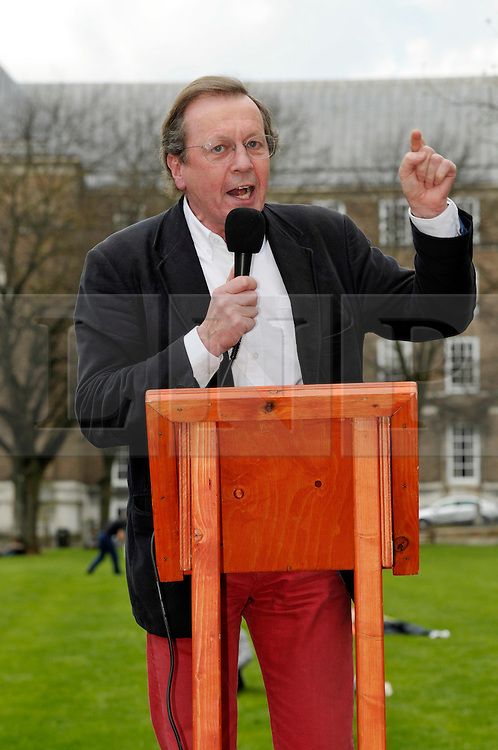