© Licensed to London News Pictures. 19/09/2014. London, UK. Pearly Kings and Queens do the Lambeth Walk as they plant ceramic poppies at The Tower of London's 'Blood Swept Lands and Seas of Red' ceramic poppy installation in central London on 19th September 2014 which commemorates the 100th anniversary of the outbreak of First World War. ‘Blood Swept Lands and Seas of Red’ is an evolving art installation and 888,246 poppies will be planted in the moat by volunteers, with the last poppy being planted on the 11th November 2014. Each poppy represents a British or Colonial fatality in the First World War. Photo credit : Vickie Flores/LNP 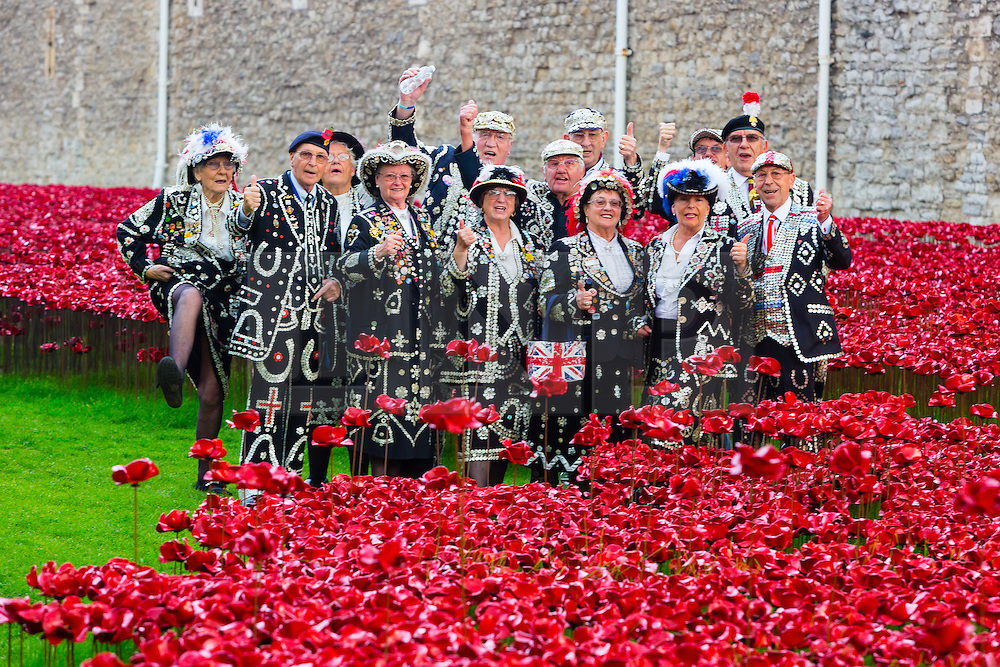