© Licensed to London News Pictures. 06/09/2014. Isle of Wight, UK. A group of female festival goers at Bestival 2014 Day 3 Saturday get their outfits ready for the fancy dress day ahead - they are dressed in hula skirts, shell bikini tops, sailors hats and glittery makeup. Today is the festival's Fancy Dress Day - this year the theme is Desert Island Disco. Festival goers spend the morning readying their costumes before the judging of the competition at 2pm. This weekend's headliners include Chic featuring Nile Rodgers, Foals and Outcast. Bestival is a four-day music festival held at the Robin Hill country park on the Isle of Wight, England. It has been held annually in late summer since 2004. Photo credit : Richard Isaac/LNP 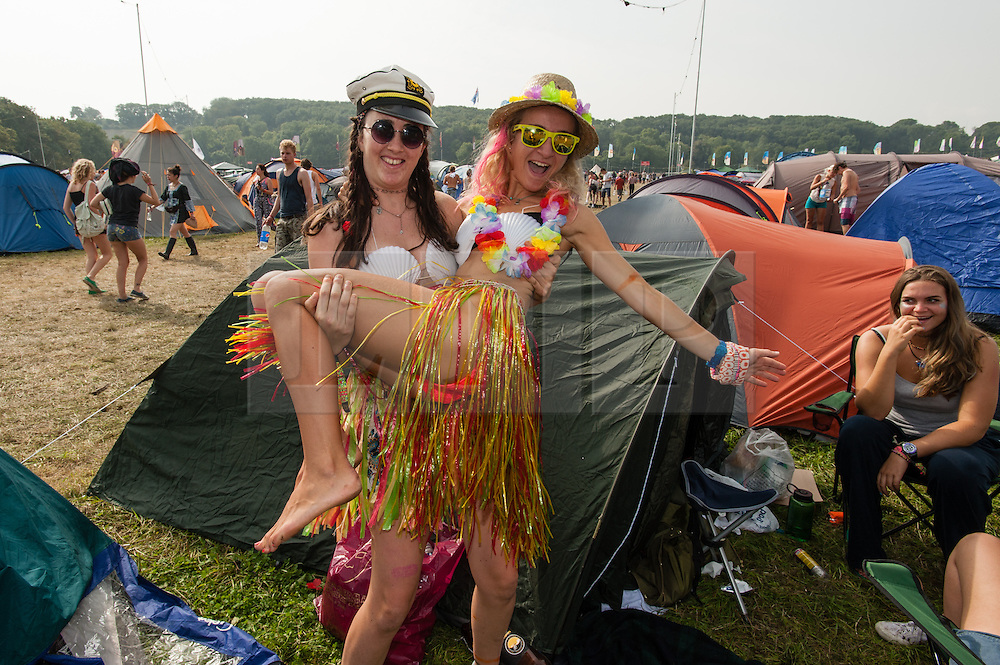