© Licensed to London News Pictures. 14/06/2020. London, UK. A police officer guards a residential property on Waldegrave Road in Haringey, north London as police launch a murder investigation following fatal stabbing. Police were called at 23.58hrs on Saturday, 13 June to Waldegrave Road, following reports of a 48-year-old man with stab injuries. Officers and London Ambulance Service attended and the man was taken to hospital. He died just before 01.00hrs on Sunday, 14 June. A 42-year-old man has been arrested on suspicion of murder. He is thought to be known to the victim. Photo credit: Dinendra Haria/LNP 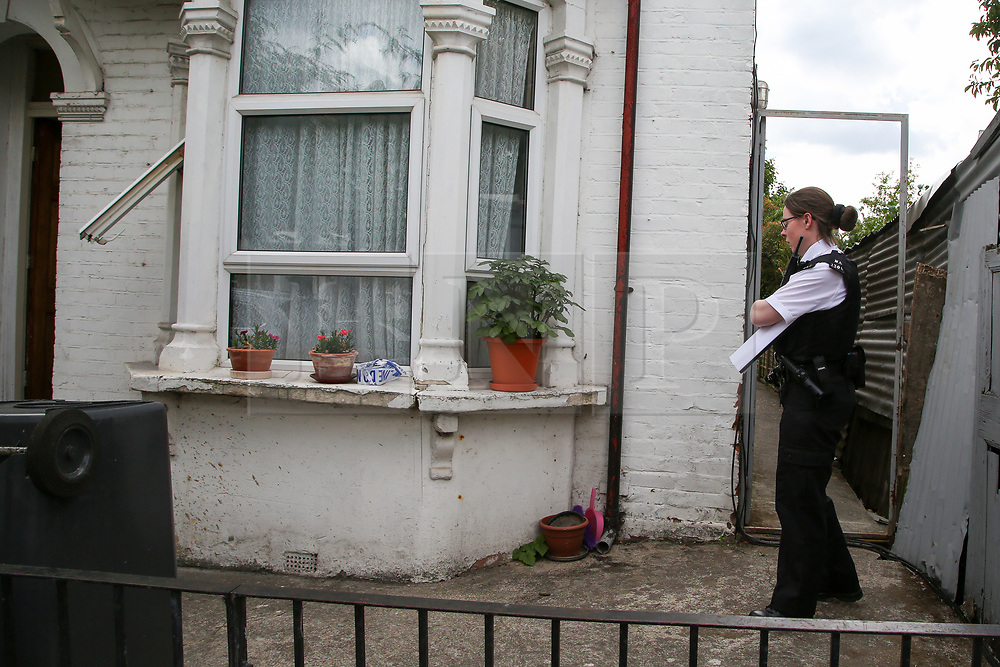