© Licensed to London News Pictures. 29/09/2016. LONDON, UK. Tower Bridge bascules are seen raised in front of City Hall offices this morning as they lift to allow the Dutch heritage tug, MV Holland to pass underneath. 122 year old Tower Bridge will close entirely to traffic for three months from 1 October and will include major maintenance to the bridge lifting mechanisms. During this time, the bascules, which are raised 800-900 times per year will be maintained as operable to river traffic. As well as large ships, Tower Bridge regularly opens to allow vessels with tall masts to pass under, such heritage tug, MV Holland who passed underneath this morning. Photo credit: Vickie Flores/LNP 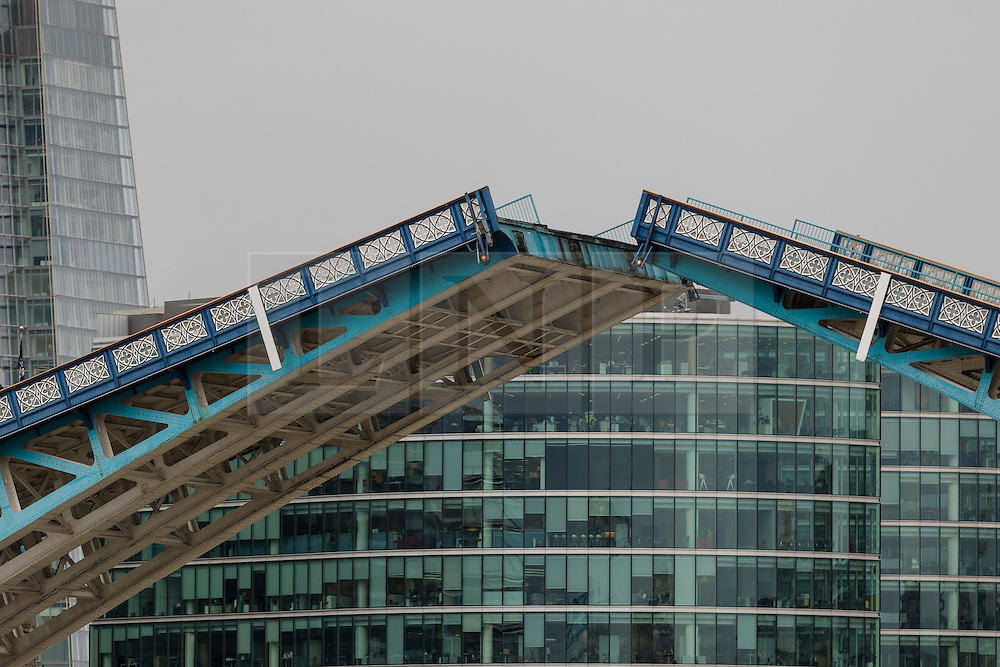