© Licensed to London News Pictures. 17/04/2019. London, UK. Polish tall ship Dar Mlodziezy (The Gift of the Youth) sails the Thames for Greenwich at first light. The tall ship has just completing a circumnavigation of the globe with her final port of call in Greenwich, London. The epic voyage of the Polish sail training vessel was to celebrate the 100th anniversary of Poland regaining independence. Dar Mlodziezy will be in port for three days, The Captain and crew will be inviting members of the general public aboard for a tour of the ship. Photo credit: Fraser Gray/LNP 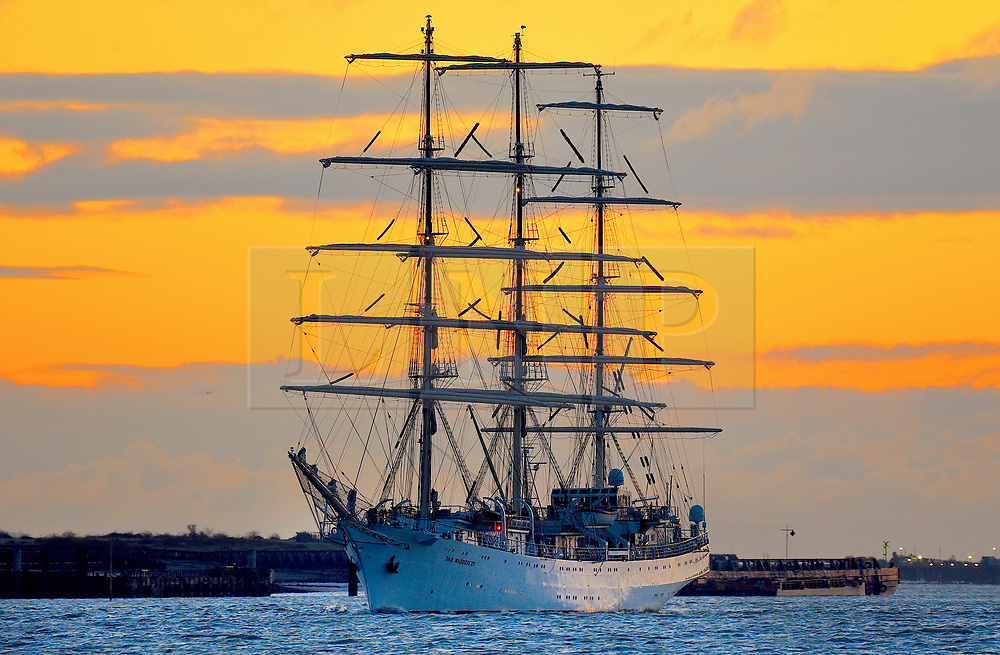