© Licensed to London News Pictures. 26/06/2015. Pilton, UK. Members of Pussy Riot at Glastonbury Festival 2015 on Friday Day 3 of the festival on the Park Stage. The members stage a struggle with a man in a balaclava symbolising oppression on top of an army truck, before being having a talk with Charlotte Church. In this picture - Nadezhda Tolokonnikova and Maria Alyokhina. This years headline acts include Kanye West, The Who and Florence and the Machine, the latter being upgraded in the bill to replace original headline act Foo Fighters. Photo credit: Richard Isaac/LNP 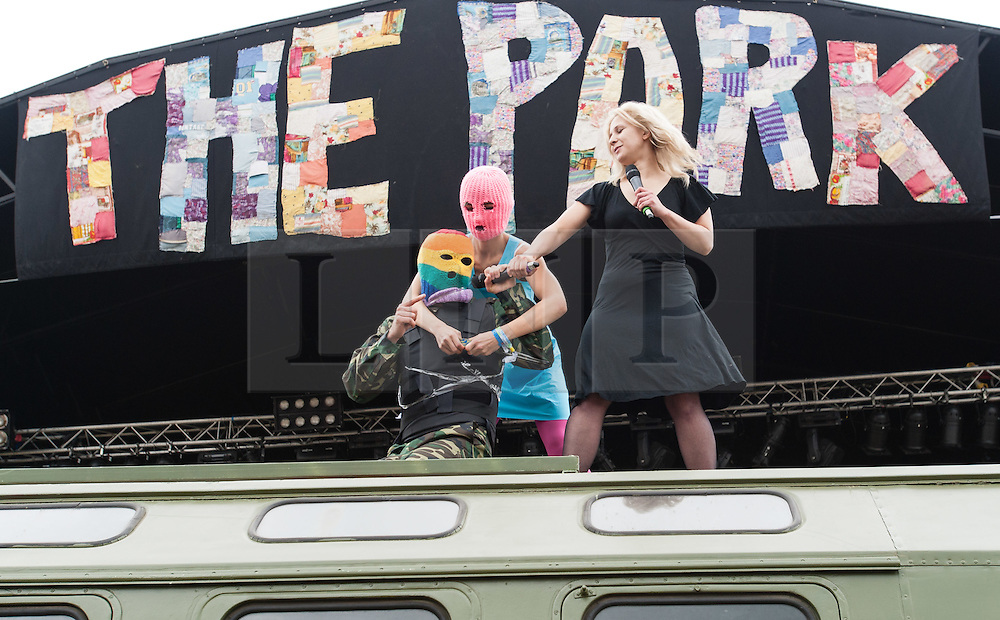