© Licensed to London News Pictures. 22/05/2013. London, UK. Roly Keating, the chief executive of the British Library (L), Ed Vaizey, the British Minister for Culture (C) and Hunter Davies, an acclaimed Beatles Biographer, are seen with the lyrics for the Beatles song 'She Said She Said' (1966) at the British Library in London today (22/05/2013). The manuscript, along with others and letters between John Lennon and Mr Davies, have been donated to the library under the "lifetime giving" scheme. Photo credit: Matt Cetti-Roberts/LNP 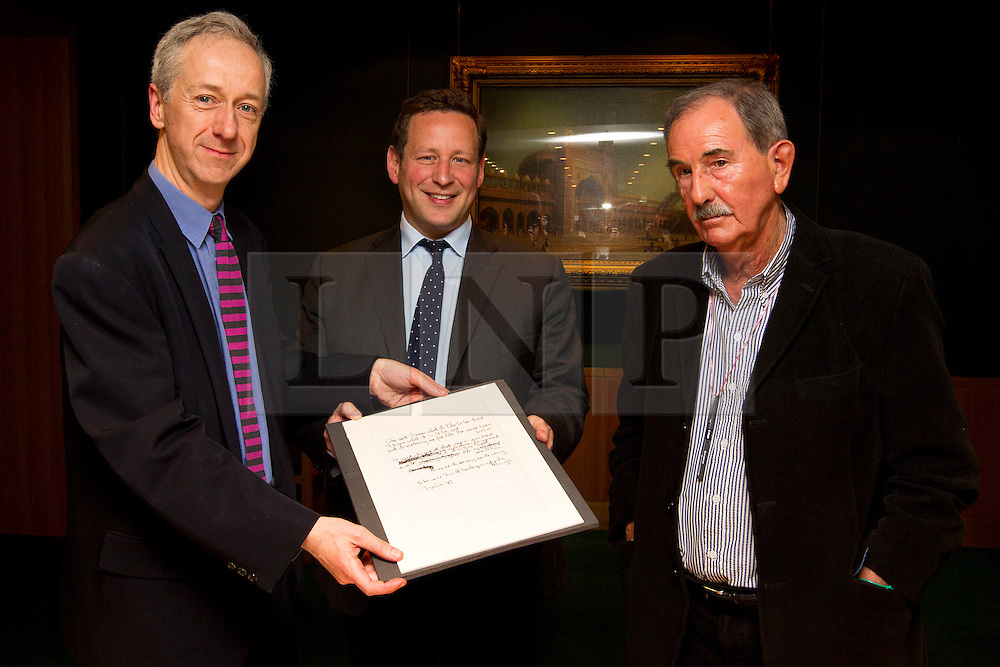