© Licensed to London News Pictures. 19/12/2017. London, UK. A parking ticket attendant issues a ticket for a ca parked outside the new United States Embassy in Wandsworth, South London. At a cost of over £750 million, the new embassy is the most expensive in the world and features a security moat and gardens on each floor. It is reported the US President Donald Trump will officially open the embassy in early 2018. Photo credit: Ray Tang/LNP 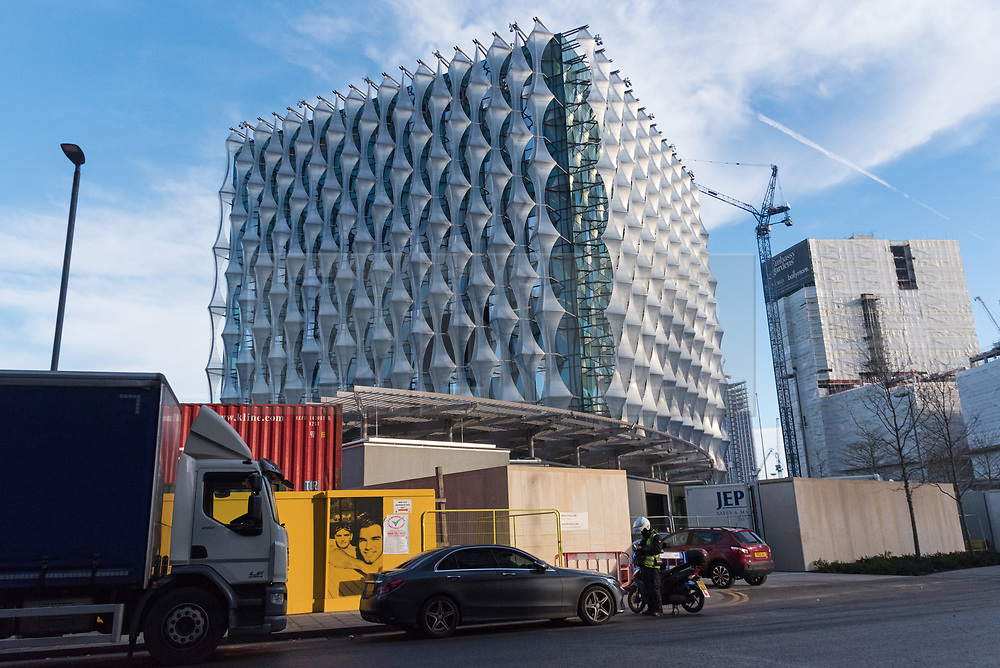