© licensed to London News Pictures. Norwich, UK 06/05/2011. At least six police cars are at the house in Badger Road, on the Hampdens development near Longwater Lane. The police helicopter is also circling overhead.A woman, believed to be the hostage, appeared at the window of the house at 12:25pm and spoke to police for five minutes..The curtains of the house have remained drawn and the front room has newspapers covering the window. There is believed to be a man and woman inside. There are five armed policemen standing guard at the front of the house, with guns trained on the house, and two or three more at the back, as well as other officers blocking the road further down.. Please see special instructions for usage rates. Photo credit should read Alan Bennett/LNP 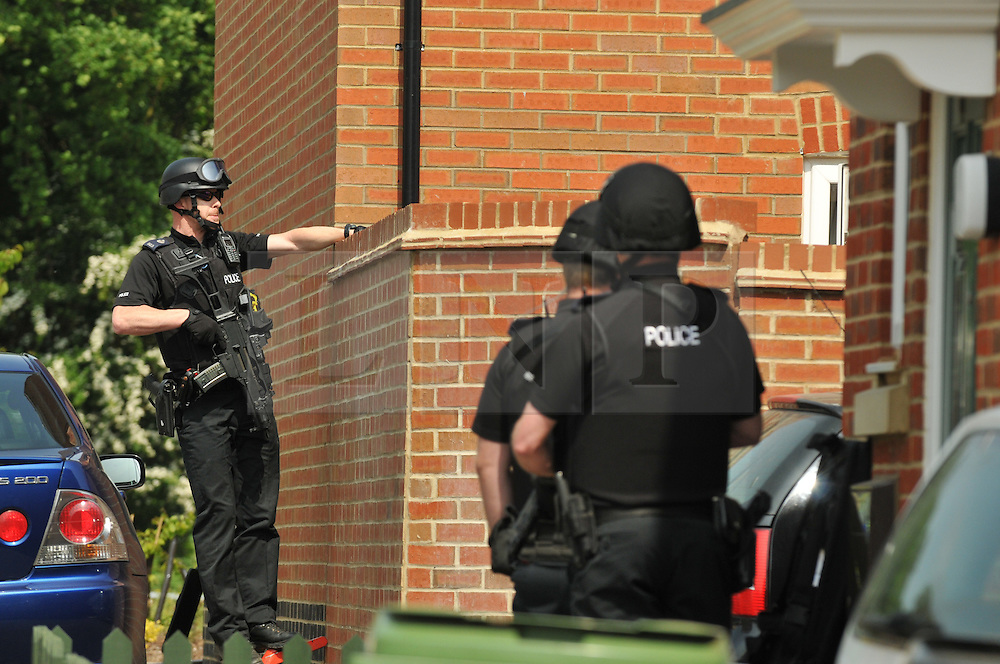