© Licensed to London News Pictures. 05/06/2014. London, UK. A crash scene in Poplar High Street, east London, as a police car collided with a motorbike. Six people have been injured in a crash between a police car and a motorcycle in east London, the Met Police said. The crash happened near the junction of Cotton Street and Poplar High Street just before 13:25 BST. The 27-year-old motorcyclist has been taken to hospital with suspected head and leg injuries. Two officers in the car were also hurt but their injuries are not known, police said. Photo credit : LNP 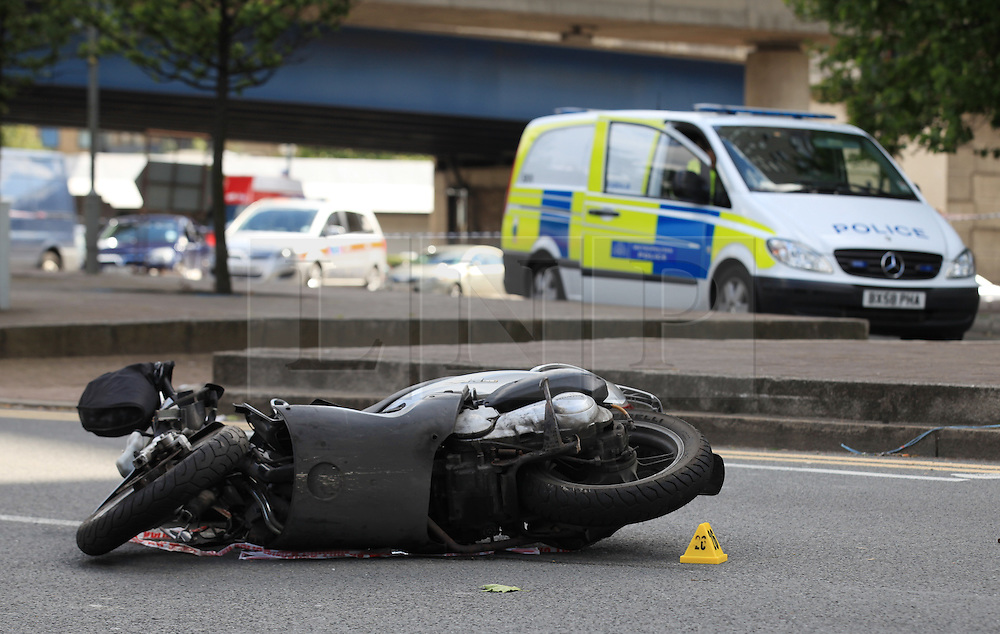