VJ day 75th anniversary of the end of WW2

© Licensed to London News Pictures; 15/08/2020; Bristol, UK. VJ day, the 75th anniversary of the end of World War Two when the war was declared over on 15 August 1945 after the surrender of Japan. ALLAN MARSH (contact details available), from Bristol and retired from the Fire Service, plays the tune of the Last Post on his bugle by the memorial to the Fourteenth Army in Bristol City Centre, in memory of his father Colour Sergeant Arthur Henry Marsh (1908 - 1976) who served during World War Two in the 10th Battalion of the Gloucestershire Regiment in Burma, Malaya, Singapore and India. The Fourteenth Army 1942 -1945 was known as the "Forgotten Army". Having defeated the Japanese invasion of India in 1944 they fought on after the war in Europe ended to liberate Burma (now Myanmar) in 1945. The Fourteenth Army was the British army's most diverse and multicultural army with many faiths and nationalities including Gurkhas and Sikh soldiers fighting for the UK against Japan. It was led by Field Marshal Sir William Slim who was born in Bristol. Photo credit: Simon Chapman/LNP. 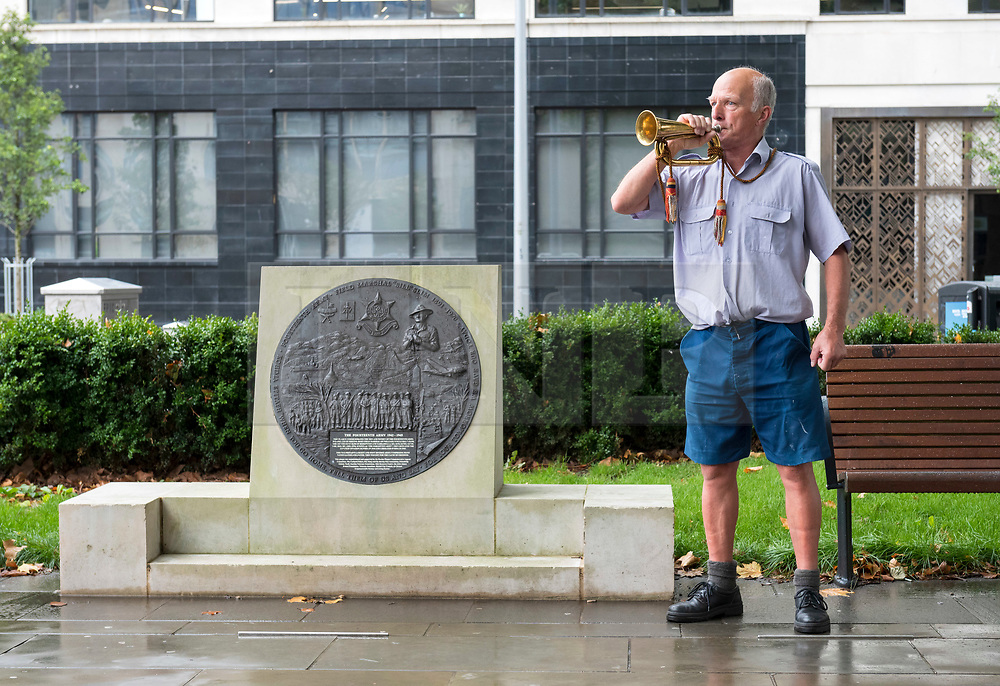