© Licensed to London News Pictures. 16/09/2013. London, UK. Paula Barrow, a 45 year old mother of two from Manchester, stands on the step of Number 10 Downing Street in London today (16/09/2013) as she delivers a petition calling for a 'Daniel's Law. The petition, which is still open and gathering signatures, asks for a law calling for the mandatory reporting of suspected child abuse by those working with children and is named in the memory of Daniel Pelka, a four year old who starved and beaten for months before he died. Photo credit: Matt Cetti-Roberts/LNP 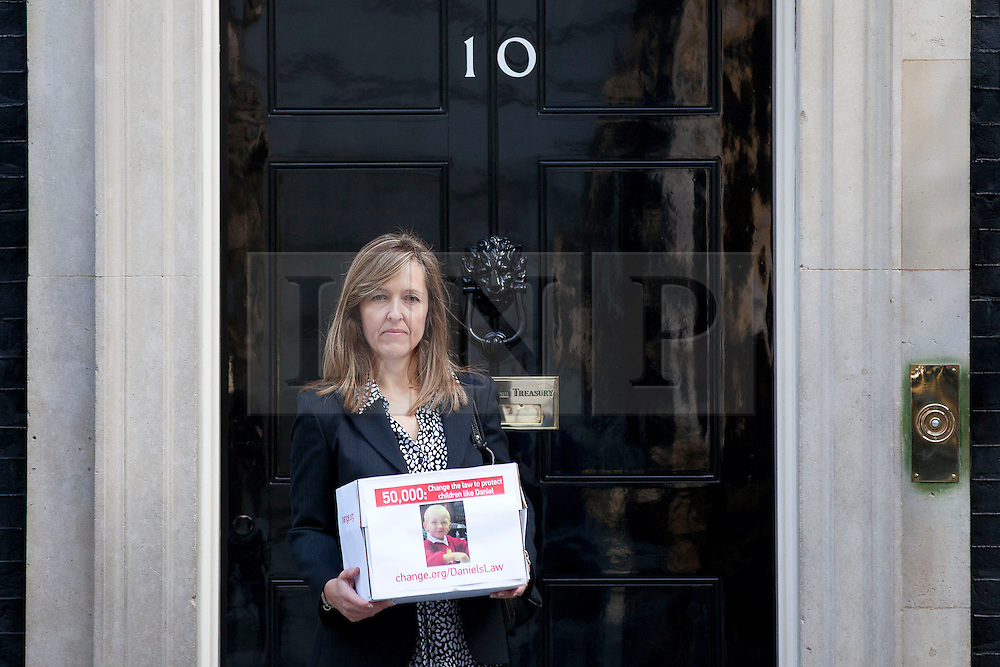