© Licensed to London News Pictures. 06/02/2021. London, UK. A forensic investigator kneels on the floor inside a doorway to a block of flats on Wisbeach Road. Metropolitan Police are investigating multiple incidents of serious violence, including a fatal stabbing, in south London. One case was reported at 20:08GMT on Wisbeach Road, Croydon, where two males had suffered stab injuries. One male was taken to hospital prior to police arrival; condition not life-threatening. Another male was found at the scene. Despite the best efforts of paramedics, he was pronounced dead at the scene. Photo credit: Peter Manning/LNP 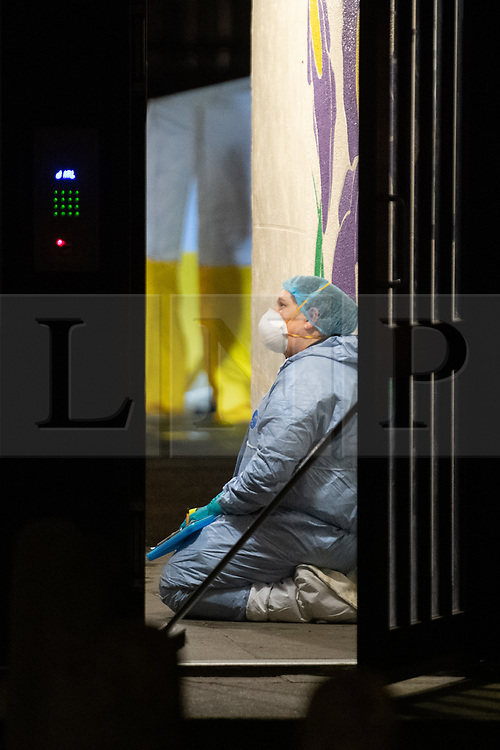