© Licensed to London News Pictures. 23/02/2018. Ilford, UK. Former BHS owner DOMINIC CHAPPELL arrives at Barkingside Magistrates' Court in Ilford, London, where he is due to be sentenced for not disclosing information to The Pensions Regulator. Chappell, who was charged with neglecting to hand over vital documents relating to the purchase of BHS, paid Sir Philip Green for £1 for the retail store in 2015. It subsequently crashed, with 11,000 jobs lost, leaving a pensions black hole of over £570m. Photo credit: Ben Cawthra/LNP 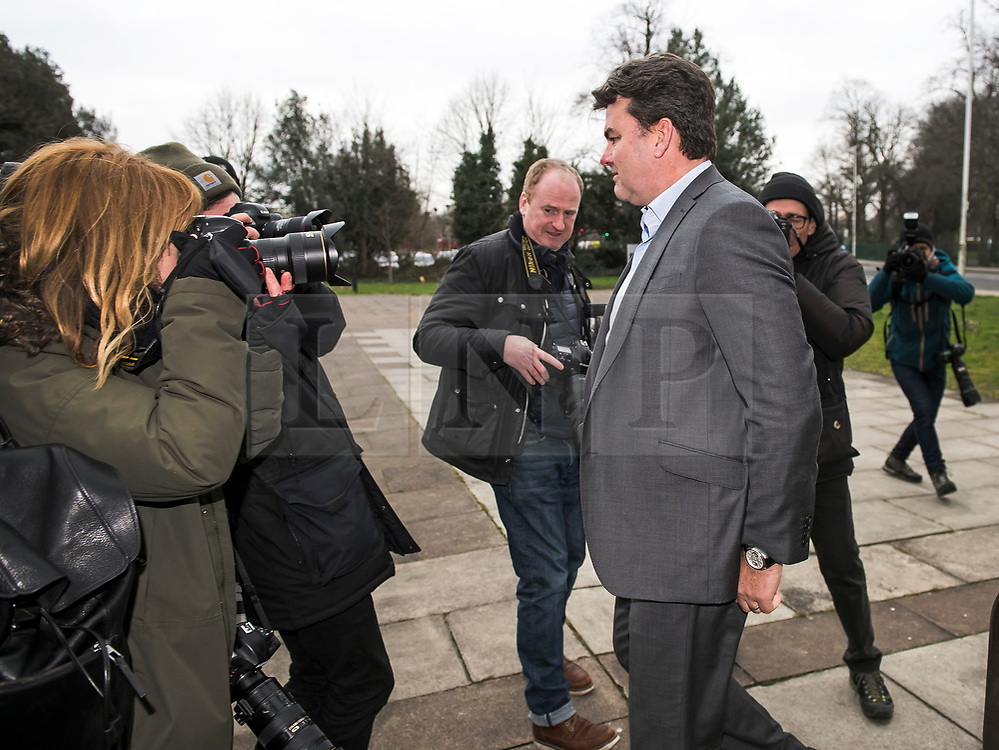