© Licensed to London News Pictures. 14/05/2017. London, UK. Fans walk past the building site for the new stand, which is being built next to White Heart Lane, in North London where Tottenham Hotspur F.C. are playing their final game at the ground, against Manchester united today (Sun). Known as 'The Lane', Tottenham have been playing at the ground for 118 years, but will be playing at Wembley next season while a new 60,000 seat stadium is built for the start of the 2018/19 season. Photo credit: Ben Cawthra/LNP 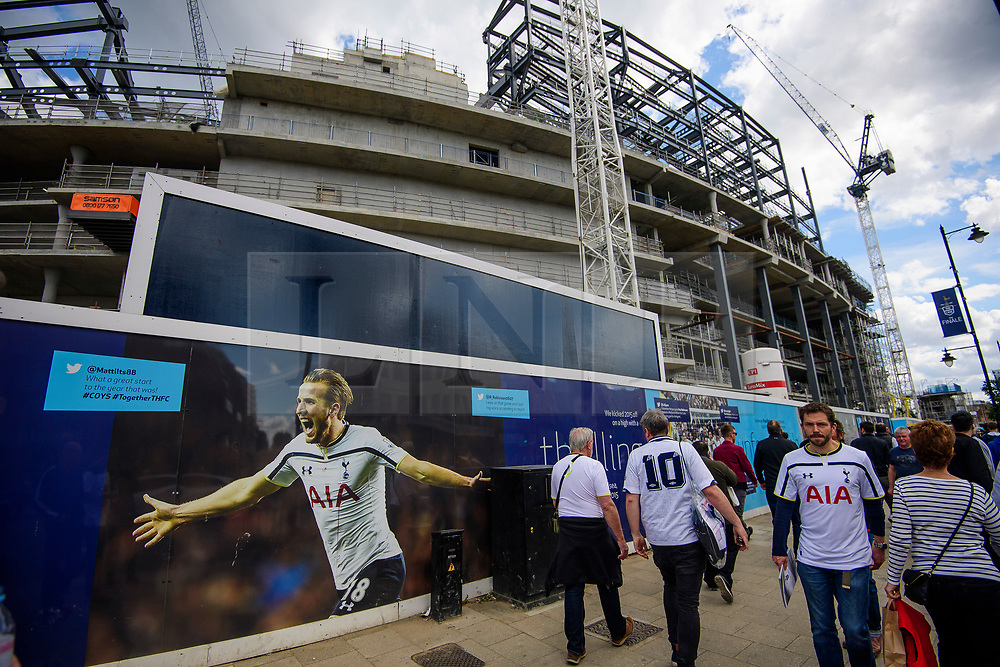