Election of Sheriffs of the City of London

© Licensed to London News Pictures. 24/06/2021. London, UK. Two new Sheriffs of the City of London and Aldermen Alison Gowman (L) Lord Mayor William Russell(C) and Alderman Nicholas Lyons (R) appear at Guildhall Yard wearing full ceremonial dress after being elected at a meeting of Common Hall at Guildhall in the heart of the Square Mile. The position of Sheriff dates back to medieval times and the role includes supporting the Lord Mayor in his or her duties, acting as global for the UK’s financial and professional services industry and supporting judges at the Central Criminal Court – the Old Bailey. Photo credit: Ray Tang/LNP 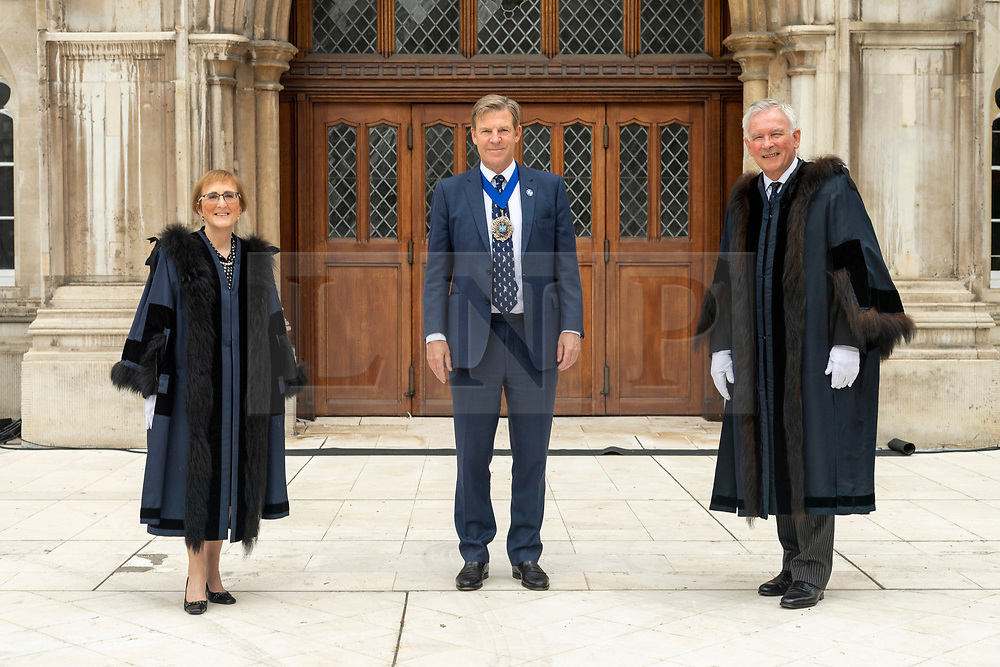