© Licensed to London News Pictures. 27/04/2013.Dartford tolls closed to hold traffic while an abnormal wide vehicle travels to London carrying a power station turbine.. The turbine is so heavy it had to cross the Queen Elizabeth II Bridge at Dartford on its own..Power station Turbine abnormal wide load travelling on the M25 and A3 From Tilbury in Essex to New Cross in London this weekend causing traffic congestion.. The vehicle will be straddling two lanes and restricted to 10mph speed limits when passing junctions and crossing bridges, including the Queen Elizabeth II Bridge at Dartford. Police will escort the vehicle throughout its journey.. Its journey will start at approximately 8am (27.04.2013), when the vehicle leaves the Tilbury Docks. A rolling road block will be implemented to allow it to cross the Queen Elizabeth II Bridge. This is expected to be between 9.30am and 10am. The vehicle is expected to reach Clacket Lane Services by 1pm..On (28.04.2013), the vehicle will move out of Clacket Lane Services at 8am, with an approximate arrival time in New Cross before 10am..Photo credit :Grant Falvey/LNP 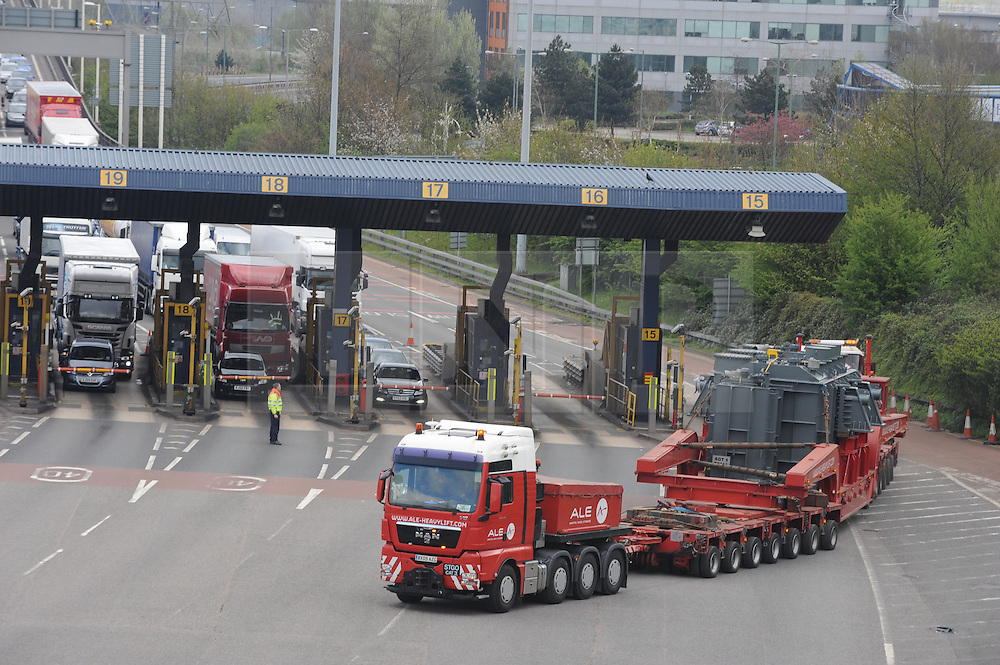