Newham, London. 05/07/2014
From left, Sam Middleton, Jasmin Stone and Jessica Harper. Three of the Focus E15 Mothers campaigns. A group of young single mothers who were placed into temporary accommodation by Newham council, after being evicted from council housing, were warned they could be re-housed as far away as Birmingham, Manchester and Hastings. Some mothers have already relocated outside of London due to the lack of affordable social housing.
Photo: Anna Branthwaite/LNP 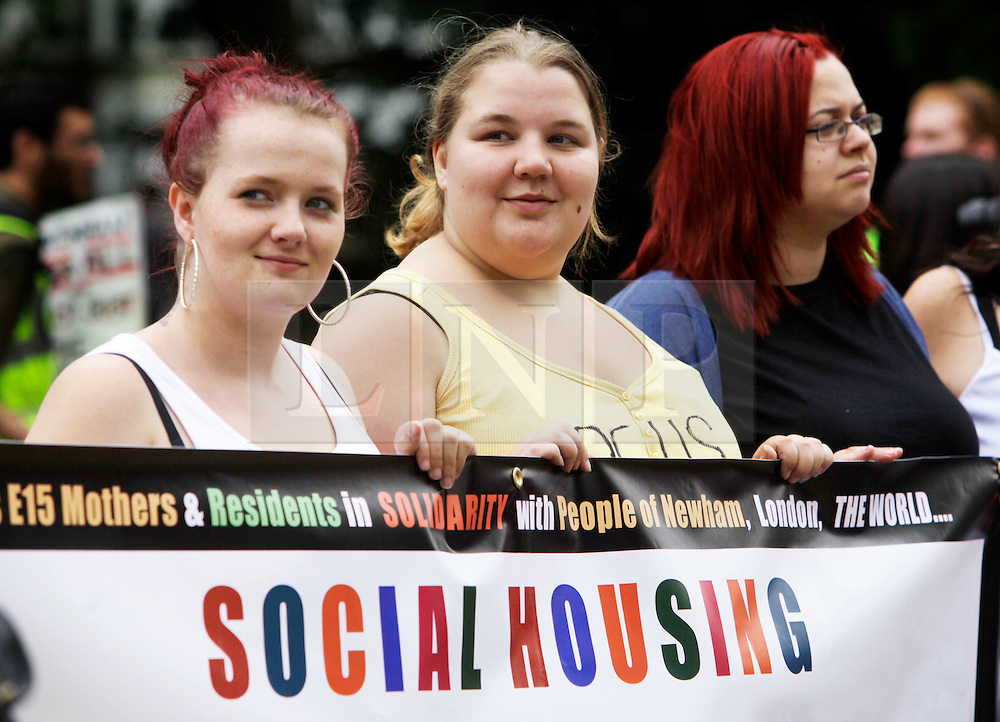