20/10/2016. Bashiqa, Iraq. A Kurdish peshmerga fighter fires his M16 assault rifle at nearby Islamic State positions during an offensive to retake a large area around the ISIS held town of Bashiqa, Iraq, today (20/10/2016). 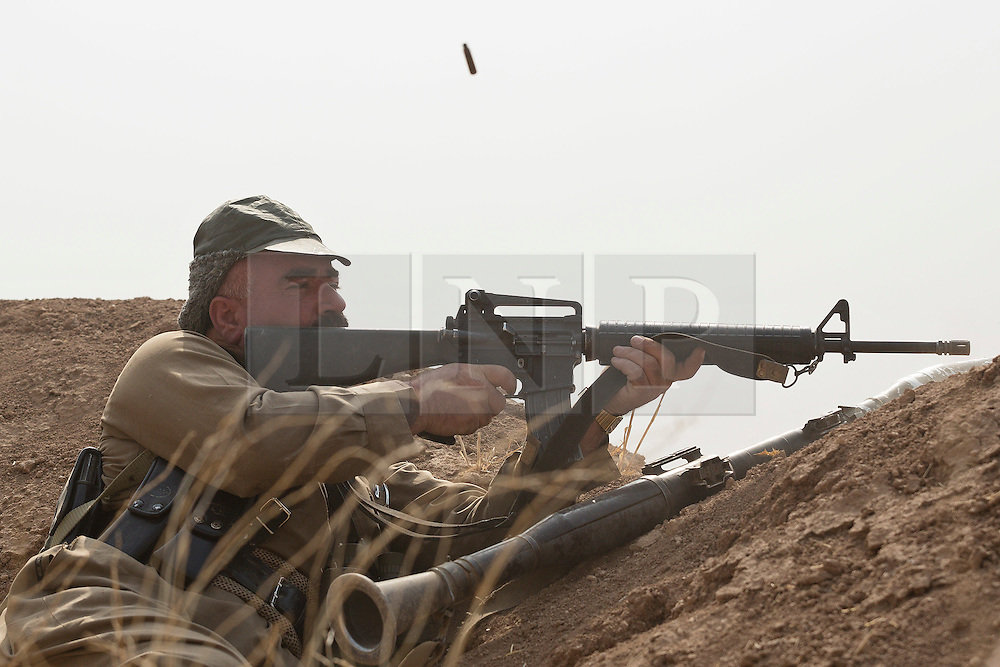