© Licensed to London News Pictures. 22/02/2018. Bristol, UK. The "Brexit: Is it worth it?" bus tour visits Bristol on the second day of a national tour, together with a "Boris" lookalike. "Brexit: Is it worth it?" is a grassroots campaign to tell the truth about the costs of leaving the EU. The campaign says a leaked report by the Government says that Brexit will cost the UK £2,000 million a week, and this figure is painted on the side of the "Brexit: Is it worth it?" bus. This is in contrast to the Vote Leave campaign's bus during the EU referendum campaign which claimed the UK sends the EU £350m a week and which Boris Johnson said could be used to fund the NHS instead. Photo credit: Simon Chapman/LNP 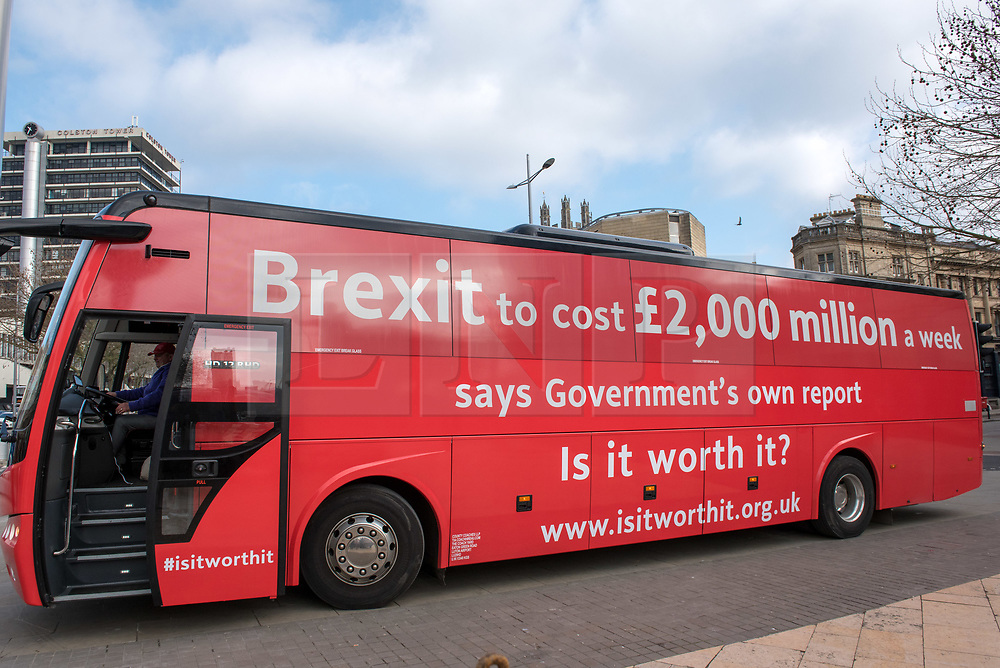