© Licensed to London News Pictures. 22/03/2018. London, UK. A London bus passes in the background as British Prime Minister THERESA MAY places a floral tribute at Parliament Square, outside the Houses of Parliament in Westminster, London on the one year anniversary of the Westminster Bridge Terror attack in which lone terrorist killed 5 people and injured several more, in an attack using a car and a knife. The attacker, 52-year-old Briton Khalid Masood, managed to gain entry to the grounds of the Houses of Parliament and killed police officer Keith Palmer. Photo credit: Ben Cawthra/LNP 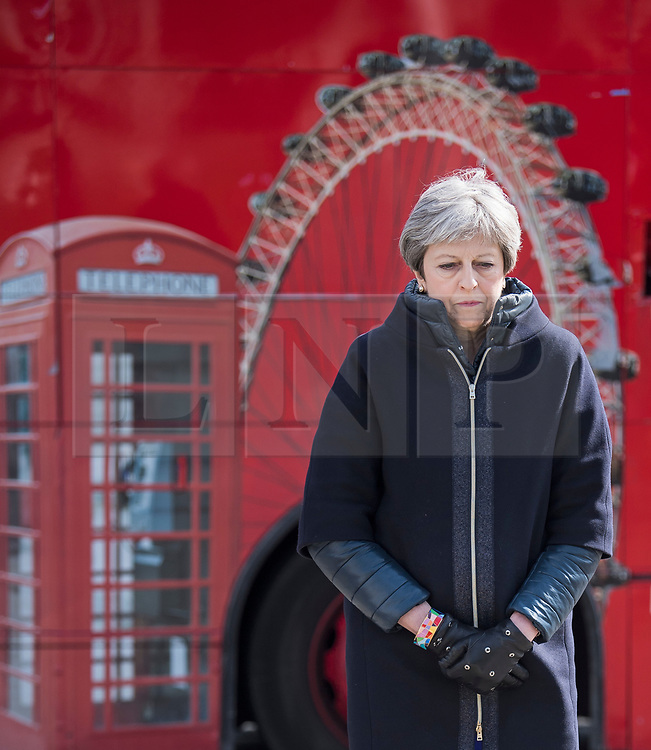