© Licensed to London News Pictures. 05/10/2018. Leeds UK. A prison van arrives at Leeds Crown Court this morning where Shahid Mohammed will appear today. Shahid Mohammed has been extradited from Pakistan where he was arrested three years ago. He has been charged with eight counts of murder & one count of conspiracy to commit arson with intent to endanger life. The charges relate to the deaths of five sisters, their mother, uncle & grandmother on May 12, 2002 in Birkby, Huddersfield. Nafeesa Aziz, 35, and her five daughters - Tayyaba Batool age 3, Rabiah Batool age 10, Ateeqa Nawaz age 5, Aneesa Nawaz age 2, and Najeeba Nawaz age six-months-old - were killed in the fire. The children's uncle Mohammed Ateeq-ur-Rehman, 18, also died in the fire and their grandmother, Zaib-un-Nisa, 54, died a week later in hospital after jumping from an upstairs window. Photo credit: Andrew McCaren/LNP 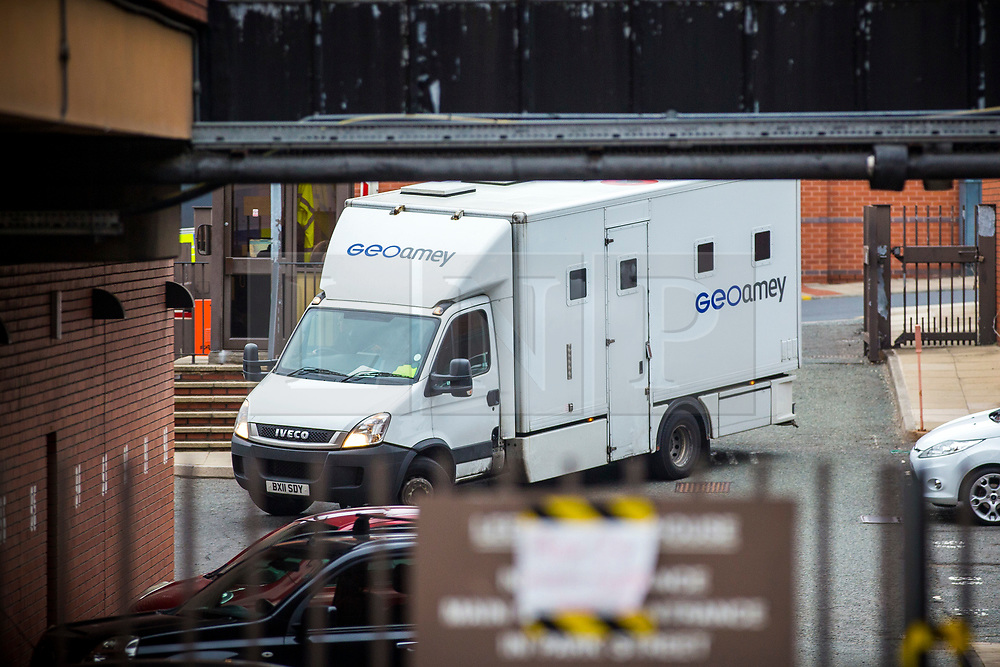