© Licensed to London News Pictures. 31/07/2016. A 143-metre-long Japanase navy ship has sailed up the Thames and into London. The training ship passed under Tower Bridge at 1pm and moored alongside HMS Belfast. She was commissioned in 1995 and notably had a small collision with the QE2 cruise ship in 2000, after which a Japanese admiral noted it had been "an honour to be kissed by the Queen Elizabeth." JDS Kashima remains in London until Wednesday afternoon. Credit: Rob Powell/LNP 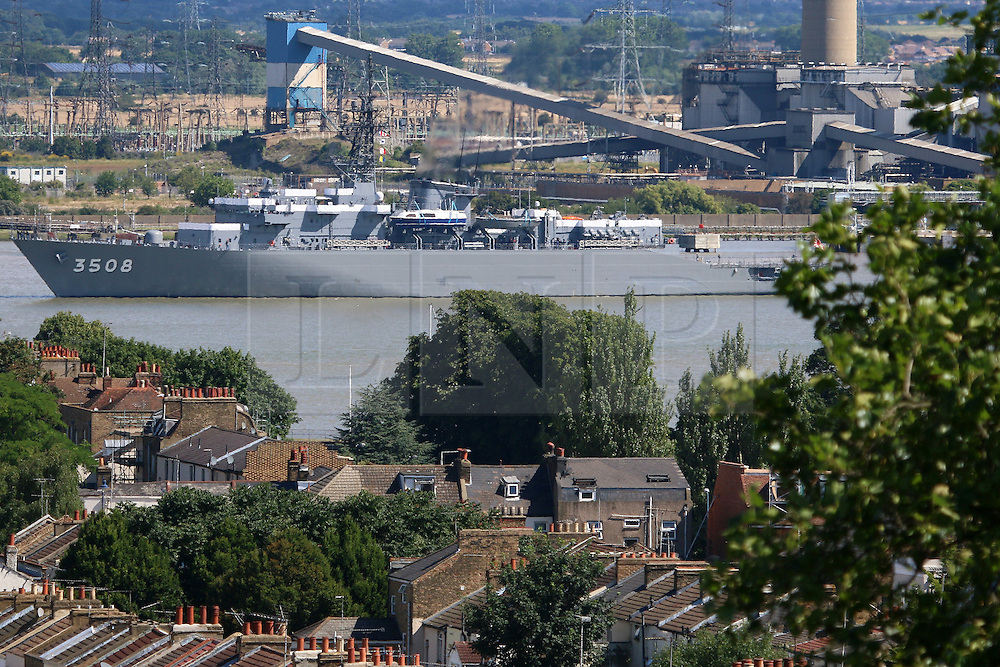