© Licensed to London News Pictures. 09/10/2016. LONDON, UK. A political dummy seen on Cable Street as socialists, Trade Unionists, Jewish and anti racism groups take part in a march and rally from Altib Ali Park in Whitechapel to Cable Street to mark the 80th anniversary of the Battle of Cable Street and commemorate the defeat of fascism and Sir Oswald Mosley’s British Union of Fascists (whose members were known as Blackshirts) in London’s east end in 1936. The activists today are also protesting against the rising number of racist and anti-semitic hate crimes in London following Brexit. On 4th October, 1936 the police tried to escort Mosley and his Blackshirts along Cable Street, but they were stopped by local Jewish, Irish and English residents who built barricades and hurled back the fascists by force. Photo credit: Vickie Flores/LNP 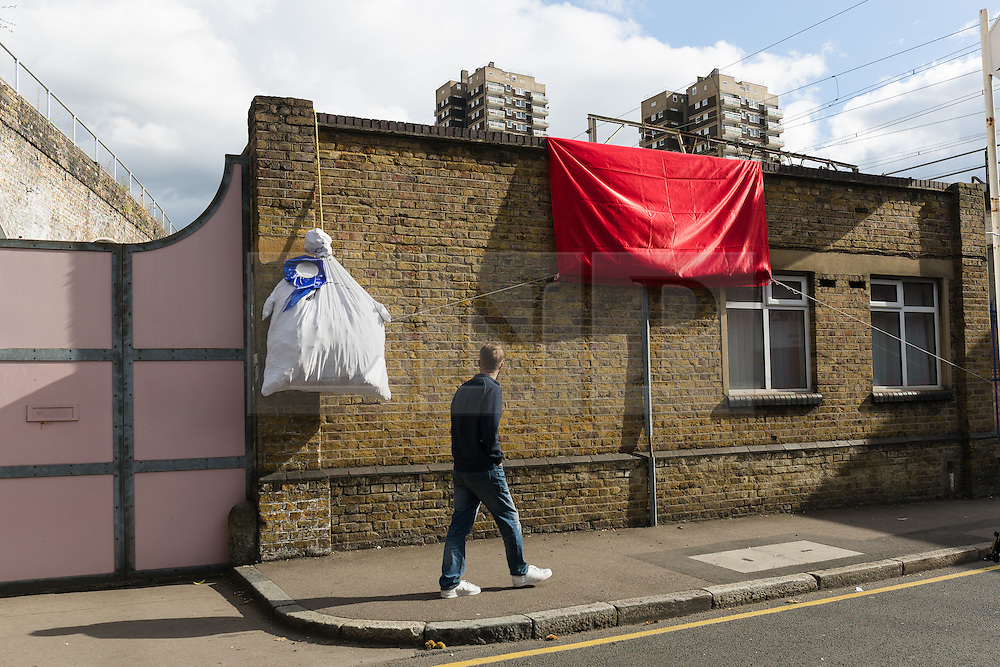