© Licensed to London News Pictures. 16/01/2013. Whipsnade, UK A rare Amur tiger has made his public debut at ZSL Whipsnade Zoo. After travelling almost 2,000 miles to join the Zoo from Moscow just before Christmas, eighteen-month-old Botzman spent his first few weeks settling in behind the scenes before making his public debut this week. Keepers have spotted the youngster, who weighs in at a hefty 158kg (25 stone), excitedly exploring his new paddock and playing in the last bit of snow as he investigates his new home.. Photo credit : ZSL/LNP 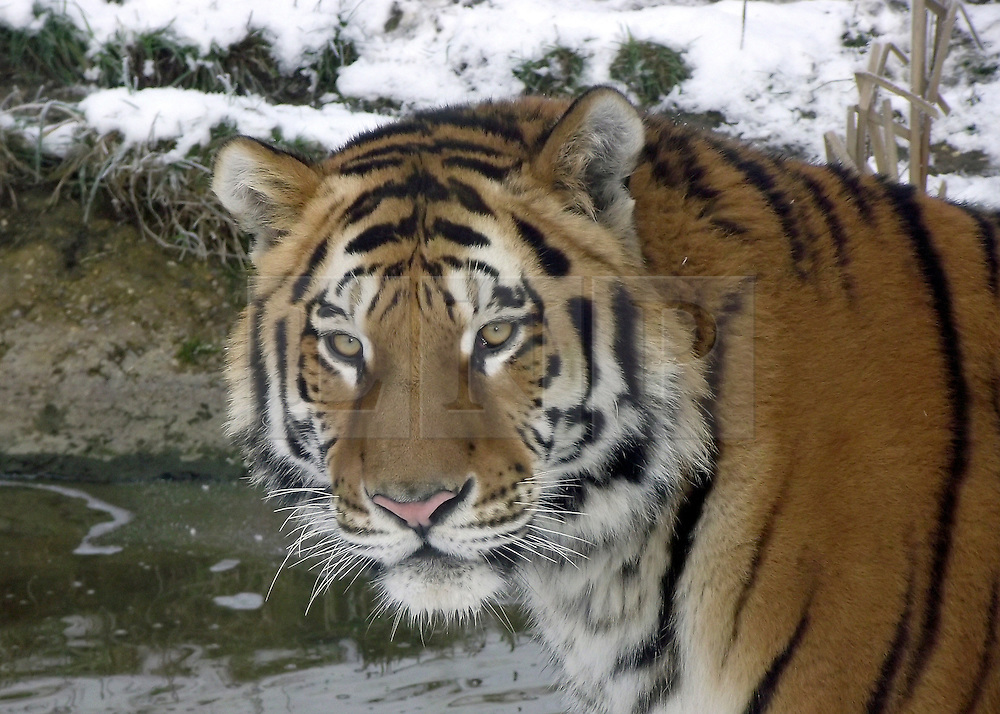