© Licensed to London News Pictures. 18/07/2015. London, UK. (L to R) Kaitlyn Totten and Emily McClarence, both from Manchester, were the first to arrive in the queue at 4am. They hold certificates confirming that they took part in the open casting. Thousands of girls, aged between eight and 12, converge on ExCel London to attend Warner Brothers' open casting for the role of "Modesty" in the forthcoming Harry Potter spin-off, Fantastic Beasts and Where to Find Them. The studio is searching for a "haunted young girl with an inner strength and stillness". Whoever is selected will play alongside a star studded cast, including Eddie Redmayne, and with a screenplay written by Harry Potter author, JK Rowling. Photo credit : Stephen Chung/LNP 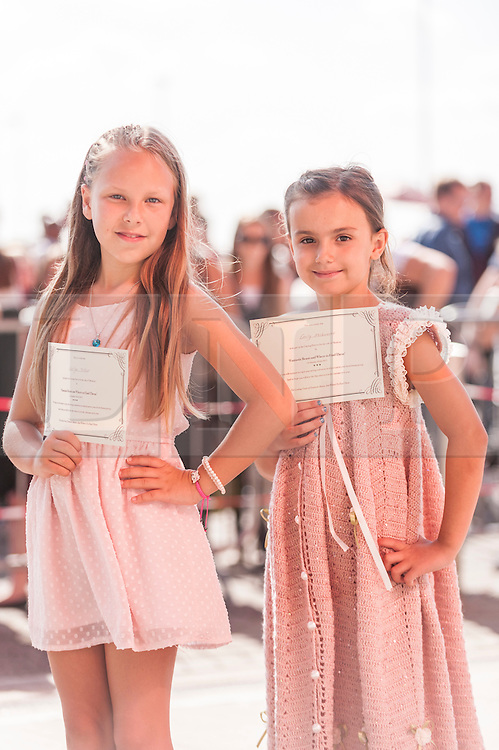