© Licensed to London News Pictures.
17/06/2018; Bristol, UK. The World Naked Bike Ride through Bristol city centre, including a stop to dance to in the park. The event sees hundreds of naked and near naked cyclists cycle around Bristol city centre to campaign for improved cycle routes in Bristol and to raise awareness of the dangers and vulnerability cyclists in the city face on a daily basis. The event included a symbolic "die-in" to commemorate the 23 cyclists that have been killed on Bristol's roads. Photo credit: Simon Chapman/LNP 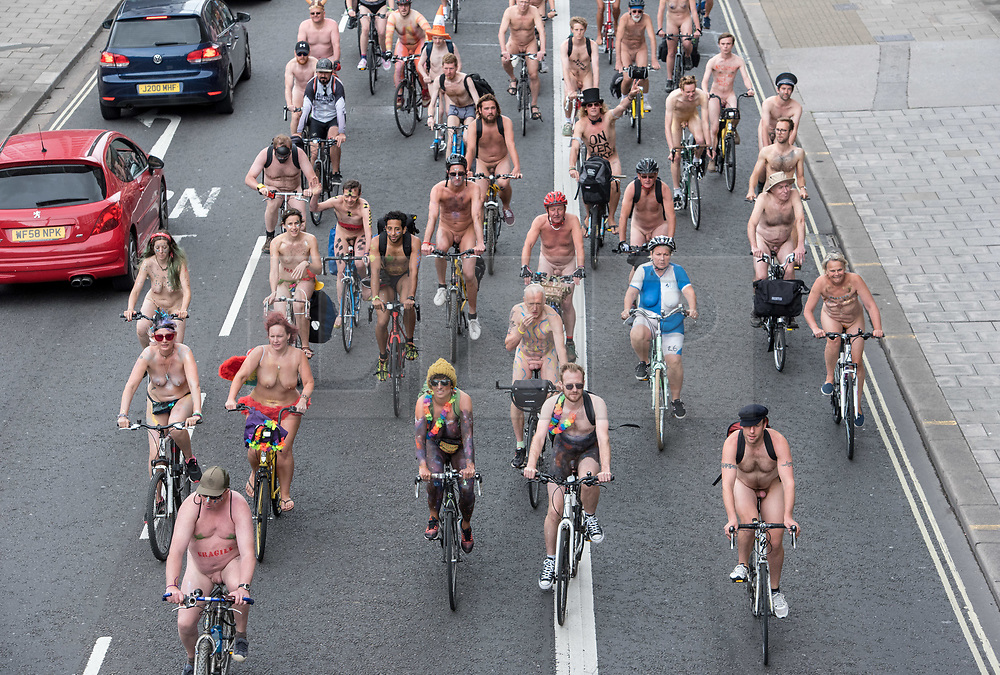