© Licensed to London News Pictures. 12/09/2011. London, England, UK. Four fire engines and around 20 firefighters were called at 10.09 this morning to a flood on Porchester Gardens in Bayswater W2. The flood has affected six terraced houses, the basements of which have been flooded to the depth of about one metre. The basement of a shopping centre has also been flooded. Surrounding roads have been closed. Around 50 bags of sand have been requested from the Brigade's distribution centre in Croydon. The water board and police are at the scene. . Photo credit : LNP 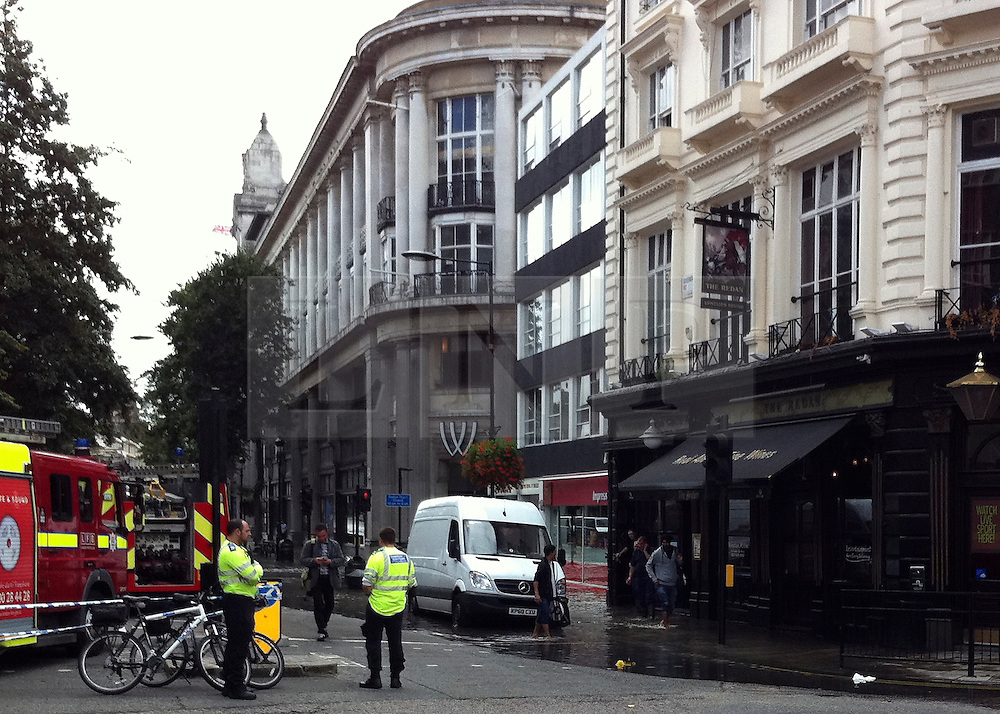