© Licensed to London News Pictures. 08/10/2018. Bristol, UK. Teacher ELLIE WILSON (blonde hair) leaves Bristol Crown Court at the end of the first day of the second week of her trial, accused of having sexual activity with a school pupil. The jury has now retired to consider the verdict. The 29 year old from Dursley in Gloucestershire denies four counts of abuse of position and sexual activity with a child. She was a physics teacher at a Bristol secondary school (which cannot be named for legal reasons) when the alleged offences took place in August 2015. It is alleged that Wilson had sex with the male pupil in the toilet of an aircraft on the return flight from a school trip to southern Africa. When interviewed Wilson said there was a friendship with the boy and admitted she shouldnít have gone as far as she did but there was nothing sexual. Photo credit: Simon Chapman/LNP 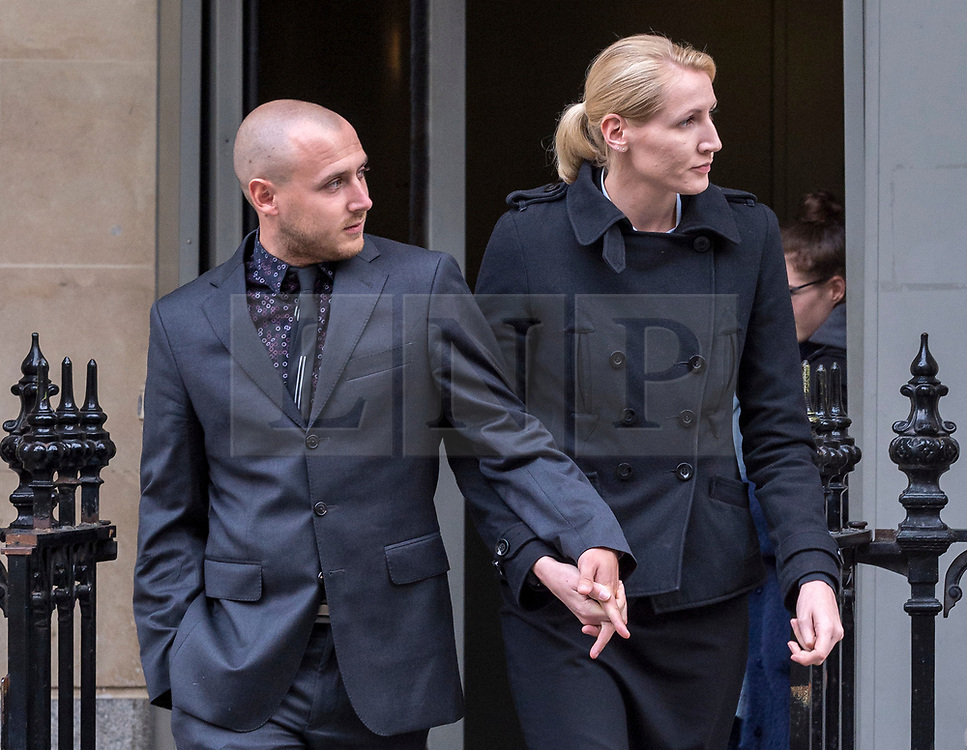