© Licensed to London News Pictures. 02/01/2012. Manchester, UK. COLLECT IMAGE - provided by owner. The cover of Red Issue, as sold outside Old Trafford football ground, prior to yesterday's (Saturday 11th February) tie between Manchester United and Liverpool. The cover depicts a "cut-out-and-keep mask" in the shape of a white, pointed hat and the legend, "LFC Suarez is innocent" written across it in red letters. The description invites Manchester United supporters to wear it to promote "inter-club harmony." This in reference to an ongoing race-row between Patrice Evra and Luis Suarez at the two clubs. Police issued a statement during the afternoon of 11th. Match commander Chief Superintendent Mark Roberts said: "Shortly before kick-off we were made aware that a Manchester United supporters' fanzine being sold outside Old Trafford featured a potentially offensive image. Officers are now seizing the fanzines and in consultation with the Crown Prosecution Service we will take appropriate action against anyone either found selling this particular fanzine or provocatively displaying the image in public." Photo credit : LNP 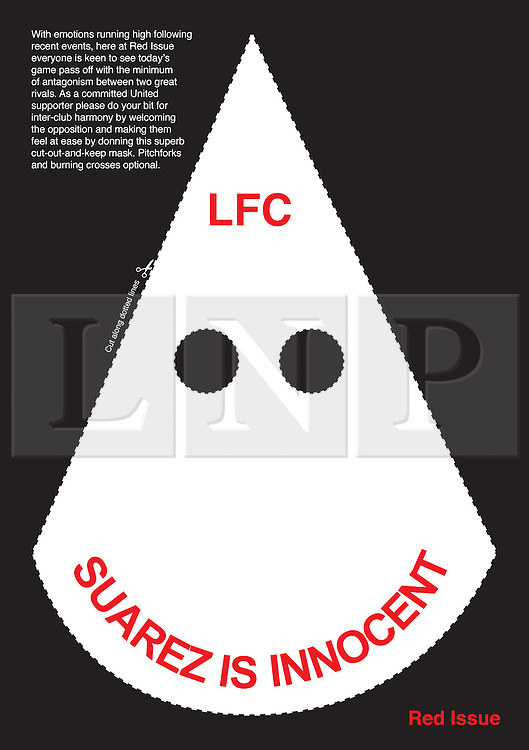