Cockpit controls inside one of only two remaining flying Avro Lancaster bombers during a visit to Durham Tees Valley airport today. 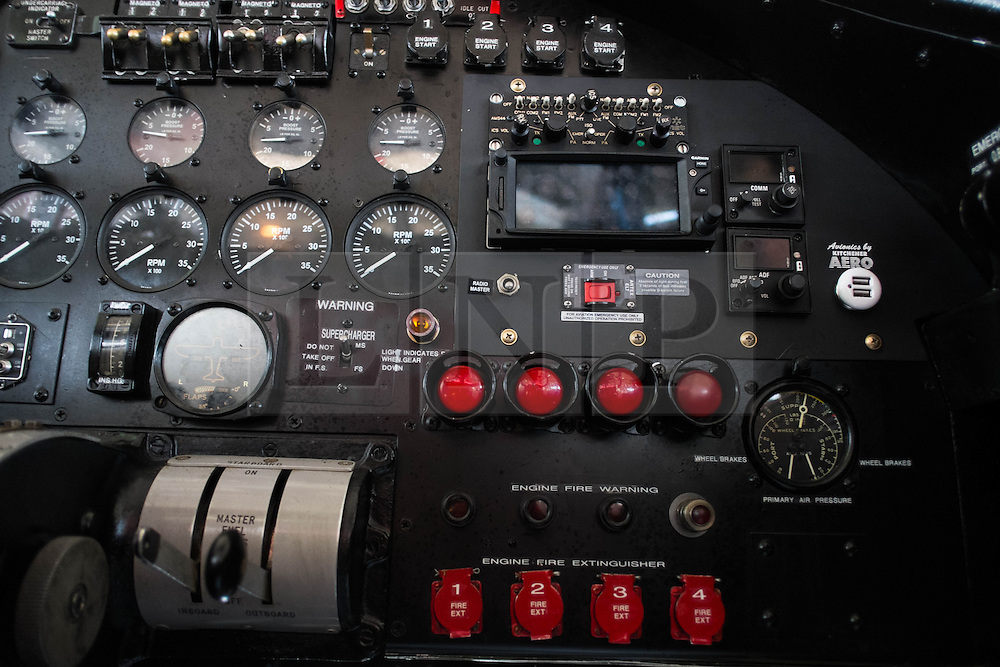