© Licensed to London News Pictures. 22/05/2013. London, UK. An unsent letter from John Lennon to acclaimed Beatles biographer Hunter Davies is seen after being presented to the British Library Mr Davies in London today (22/05/2013). The manuscript, along with others and correspondence between John Lennon and Mr Davies, have been donated to the library under the "lifetime giving" scheme. Photo credit: Matt Cetti-Roberts/LNPPhoto credit: Matt Cetti-Roberts/LNP 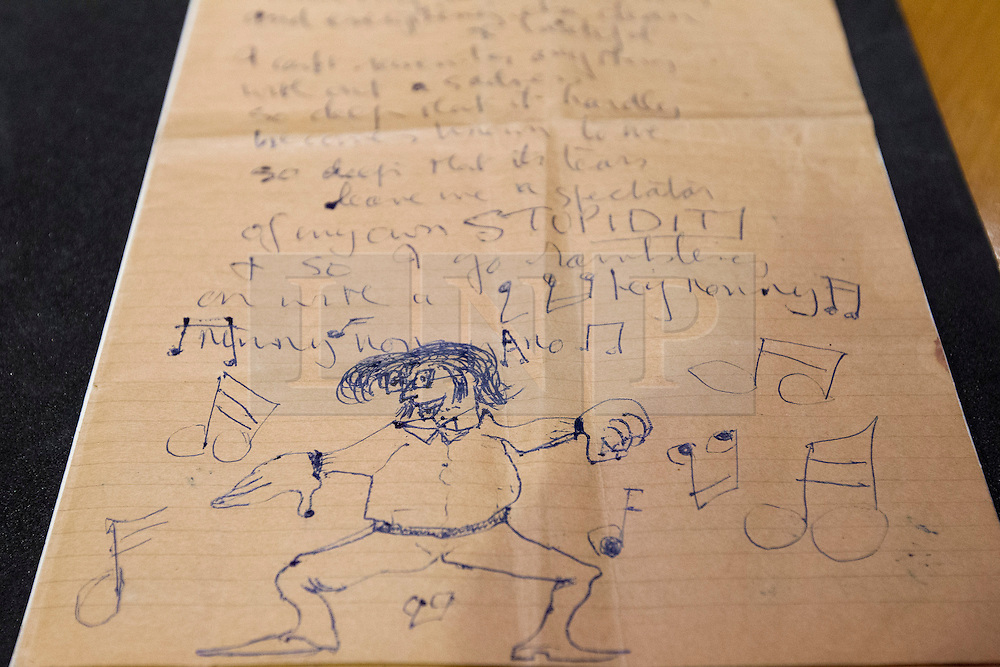