© Licensed to London News Pictures. FILE PICTURE. 26/08/2017. Remains of the minibus on the M1 motorway near Newport Pagnell following a crash involving a minibus and two lorries. The trial of Ryszard Masierak and David Wagstaff is due to start at Reading Crown Court today (Thurs). The pair are accused of causing death by dangerous driving of six men and two women who were traveling in a minibus near Newport Pagnell on 26 August. Photo credit: Ben Cawthra/LNP 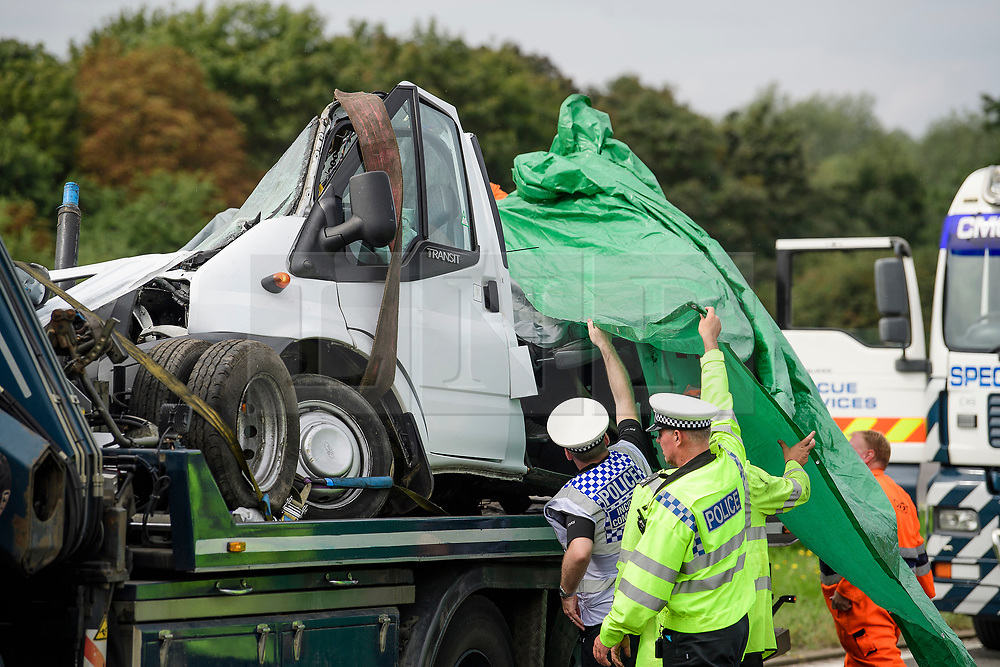