© Licensed to London News Pictures. 25/09/2019. Headington, UK. A police vehicle sits on Bonar Road where police maintained a second scene watch after a murder investigation launched at nearby Foresters Tower visiable in the background. Thames Valley Police were called to Foresters Tower in Wood Farm Road, Headington, at 21:18 BST on 24th September 2019 to reports that a man had fallen from an upper floor of Foresters Tower. The man died at the scene.
Following a search of flats at Foresters Tower, a woman was located on the fourth floor with severe neck injuries and was pronounced dead at the scene.. Photo credit: Peter Manning/LNP 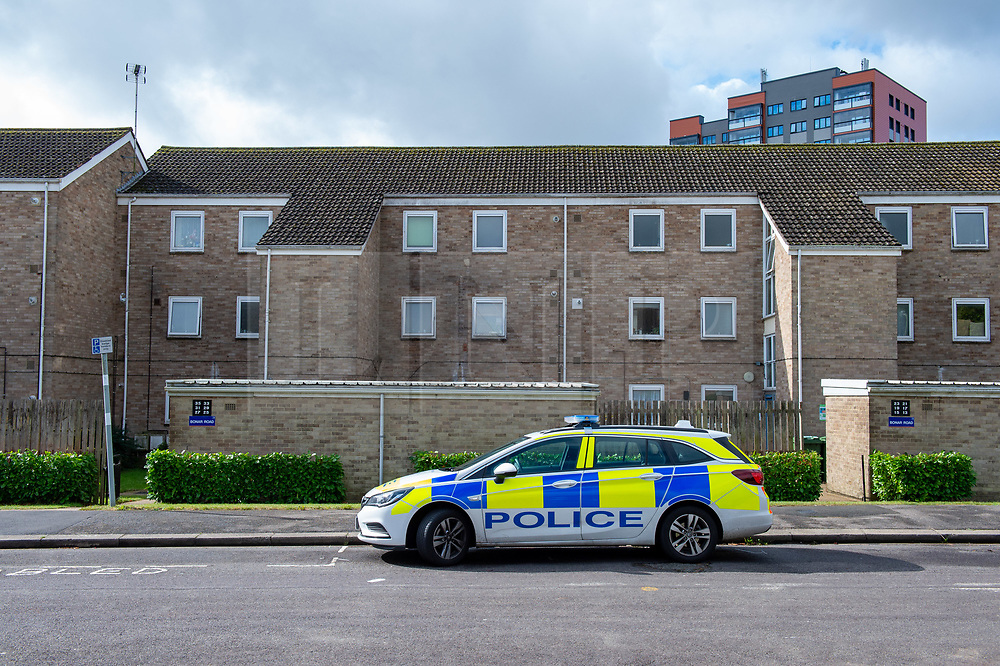