© under license to London News Pictures. 17/10/2010 ©London News Pictures. 17/10/2010. Devotees dance and celabrate after carrying an idol of Hindu goddess Durga immersing it in the river Ganges on the last day of the Durga Puja festival on October 17, 2010 in Kolkata, India. The festival is the biggest of the year in the Indian state of Bengal and celebrates the worship of the Hindu Goddess Durga, who in Hindu Mythology is celebrated as the Goddess of power and the victor of good over evil. 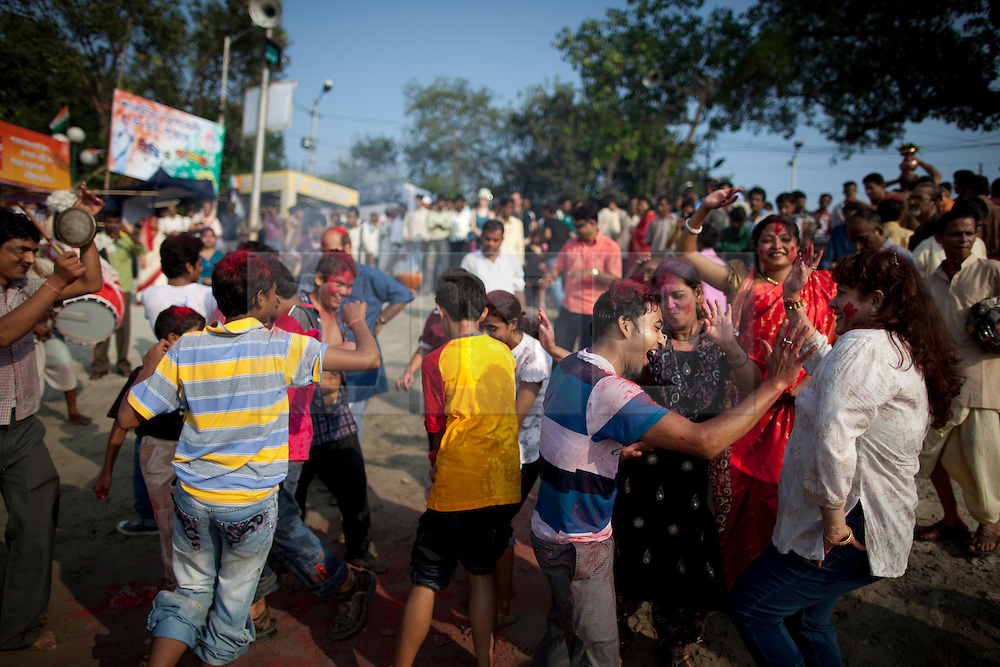