© Licensed to London News Pictures. 02/06/2021. Aylesbury, UK. A police vehicle blocks the view of a private ambulance as a body is taken from the scene following a fatal incident, believed to involve an electrical worker, in Fairford Leys Way, Aylesbury. South Central Ambulance Service (SCAS) were called at 11:30am and sent a rapid response vehicle, ambulance crew, ambulance o fficer and the Thames Valley Air Ambulance to assist one patient. A Thames Valley Police spokesperson said: "This was the sudden death of a man in Fairford Leys Road, Aylesbury, which was reported at around 11.40am today (2/6). Officers attended along with paramedics. Next of kin have been made aware and are being supported. The death is not being treated as suspicious." Photo credit: Peter Manning/LNP 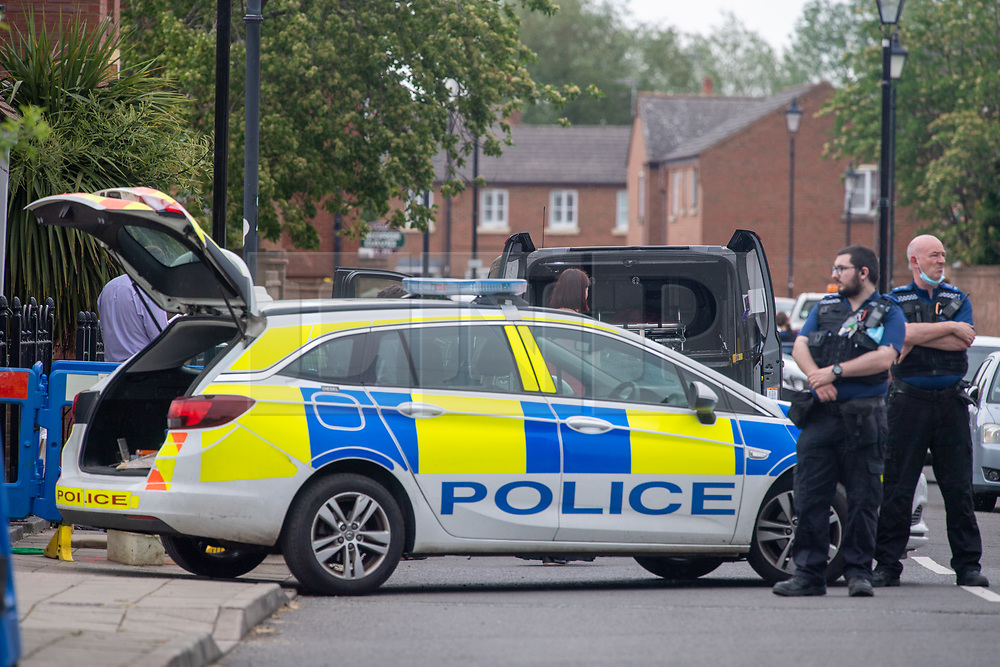