© Licensed to London News Pictures. 29/08/2013. Salisbury, Wiltshire. Members of 7th Armoured Brigade put on a display today for National and regional media on Salisbury Plains as they make final preparations for their tour in Afghanistan. The soldiers are set to deploy on what could be the final tour in October 2013. The displays included a new Mark 4 Chinook helicopter, which is now assisting in the dismantling of patrol bases across Helmand Province. Photo credit: Alison Baskerville/LNP 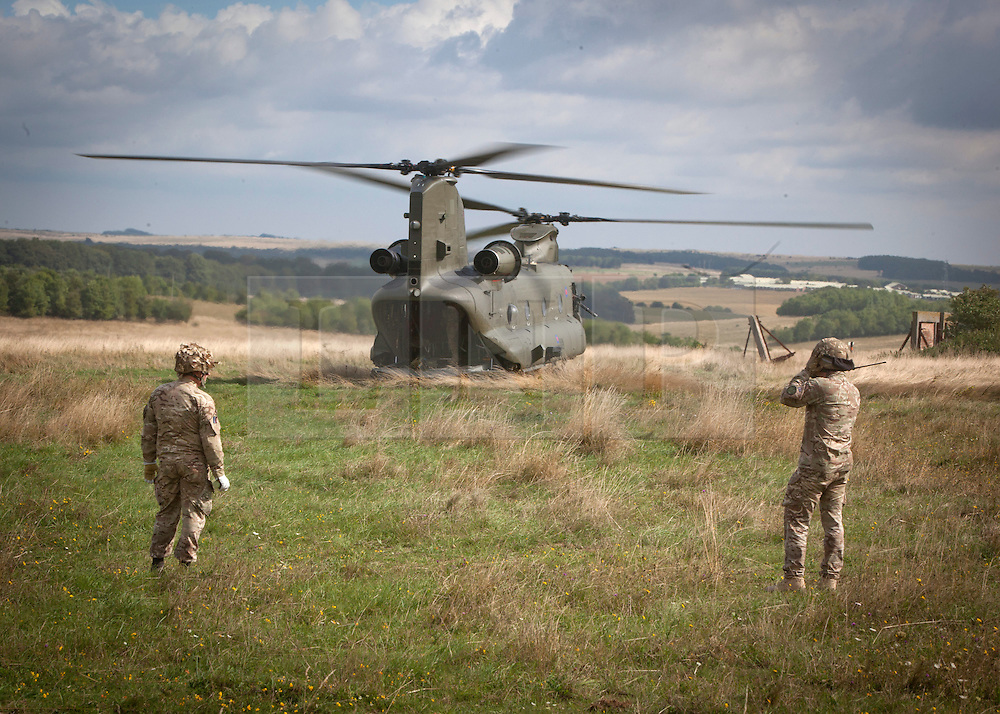