© Licensed to London News Pictures. 23/08/2019. Bristol, UK. Mural titled "Cause" by Bristol artist Jody Thomas which references the instantly recognisable poster from the film "Jaws" and aims to highlight the impact of single-use plastic pollution on the Earth's oceans. The piece is painted on a ventilation tower for the underground carpark in Bristol's Millennium Square in collaboration with We The Curious science and arts centre in Bristol's Millennium Square. We The Curious declared their own climate emergency earlier this year, becoming the first science centre in the world to do so. The science centre formed a partnership with Bristol City Council and the University of Bristol, who collectively released a public declaration to become carbon neutral by 2030. Jody who began painting in 1988 also painted the giant mural of Greta Thunberg on Bedminster's Tobacco Factory earlier this yearPhoto credit: Simon Chapman/LNP. 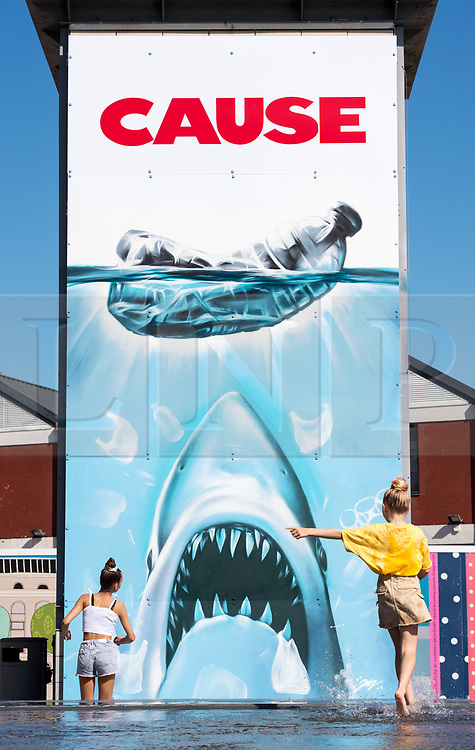