© Licensed to London News Pictures. 19/12/2012. London, UK. Trevor Hicks (L), Margaret Aspinal (C) and Jenni Hicks (R) of the Hillsborough Family Support Group speak to the media outside the Royal Courts of Justice in London after the original accidental death ruling on the 1989 Hillsborough disaster was quashed by a judge today 19/12/12). The ruling on the disaster, in which 96 football fans were crushed to death during an FA Cup semi final between Liverpool and Nottingham Forest, opens the way for a new inquest. Photo credit: Matt Cetti-Roberts/LNP 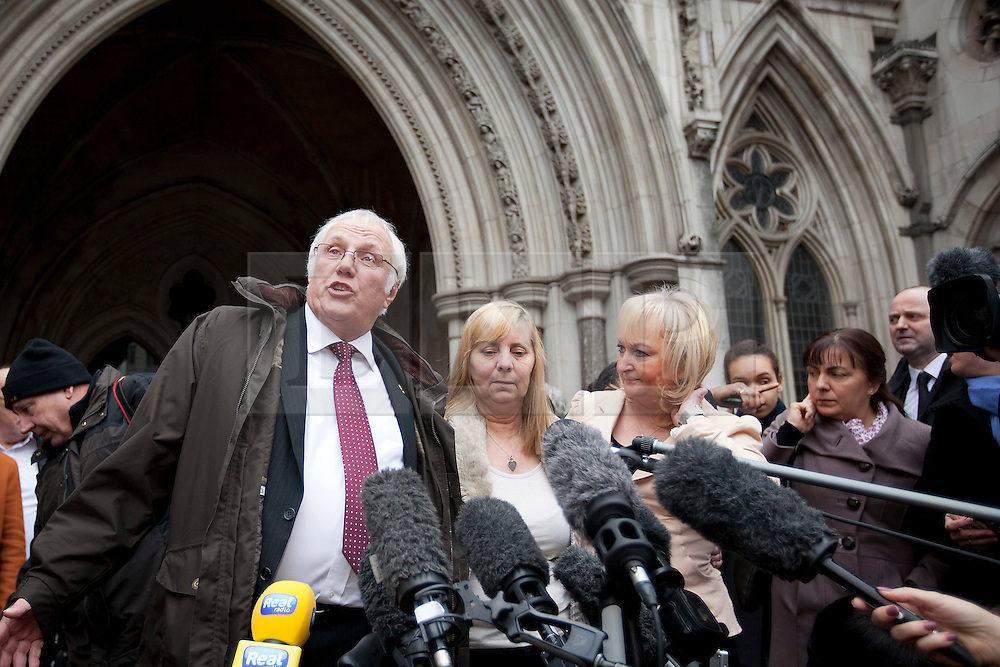