Photocall for the new Royal Academy

© Licensed to London News Pictures. 14/05/2018. LONDON, UK. A visitor photographs "The Virgin and Child with the infant St. John", 1504-05, by Michelangelo, considered one of the greatest sculptural works in the UK, at a photocall for the opening of the new Royal Academy of Arts (RA) in Piccadilly. As part of the celebrations for its 250th anniversary year, redevelopment has seen the RA's two buildings, 6 Burlington Gardens and Burlington House, united into one extended campus and art space extending from Piccadilly to Mayfair. Photo credit: Stephen Chung/LNP 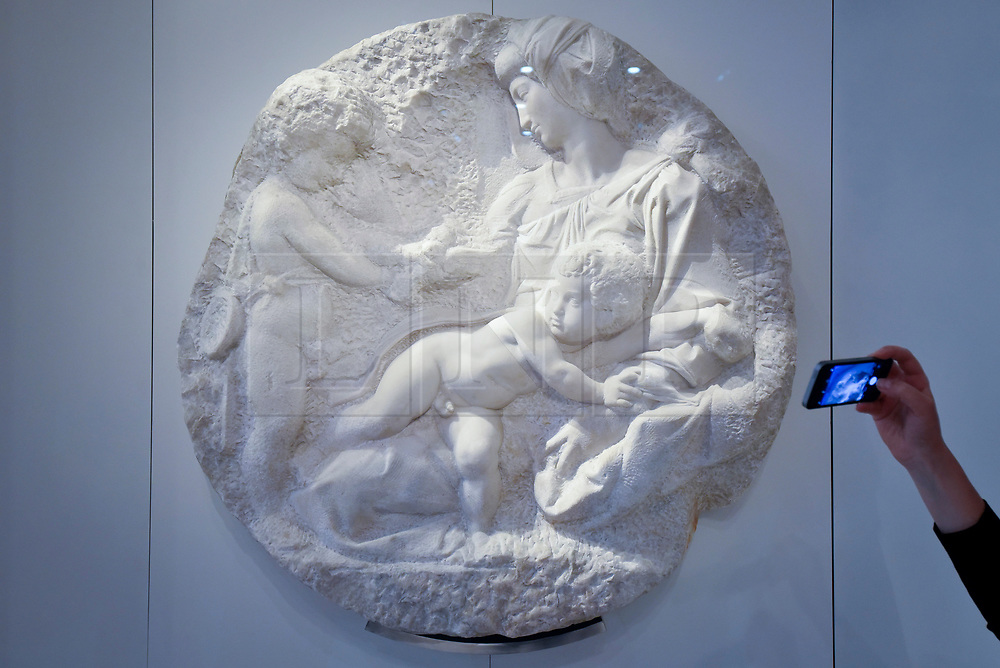