© Licensed to London News Pictures. 03/10/2012. Manchester, UK . A lone police officer clutching a single white rose and wearing a wristband in honour of his two murdered colleagues which reads " Our heroes have collar numbers 12601 & 14846 " . 100s of police and public line Deansgate in Manchester City Centre for the funeral of PC Nicola Hughes at Manchester Cathedral . Hughes was murdered in a gun and grenade attack alongside PC Fiona Bone when responding to a suspected burglary at a house in Hattersley in Tameside on 18th September . Dale Cregan is currently on remand , accused of their murder . Photo credit : Joel Goodman/LNP 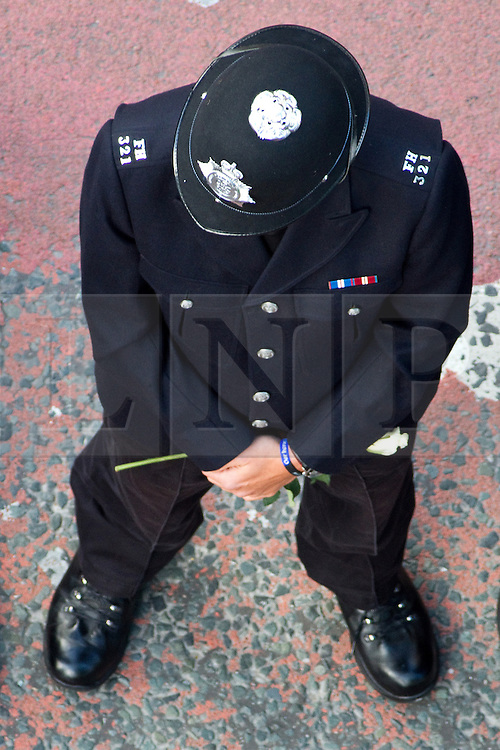