© Licensed to London News Pictures. 21/06/2021. Burnham, UK. Members of a Thames Valley Police search team and an ambulance stretcher in the background at the scene following the death of a man in Wyndham Crescent in Burnham on Monday 20/06/2021. Emergency services were called at approximately 13:10BST to the Buckinghamshire street following reports of an altercation involving a group of men. Shortly after this a 35-year-old man collapsed. Thames Valley Police officers and paramedics attended the scene and performed CPR on the man but he was later pronounced dead. Photo credit: Peter Manning/LNP 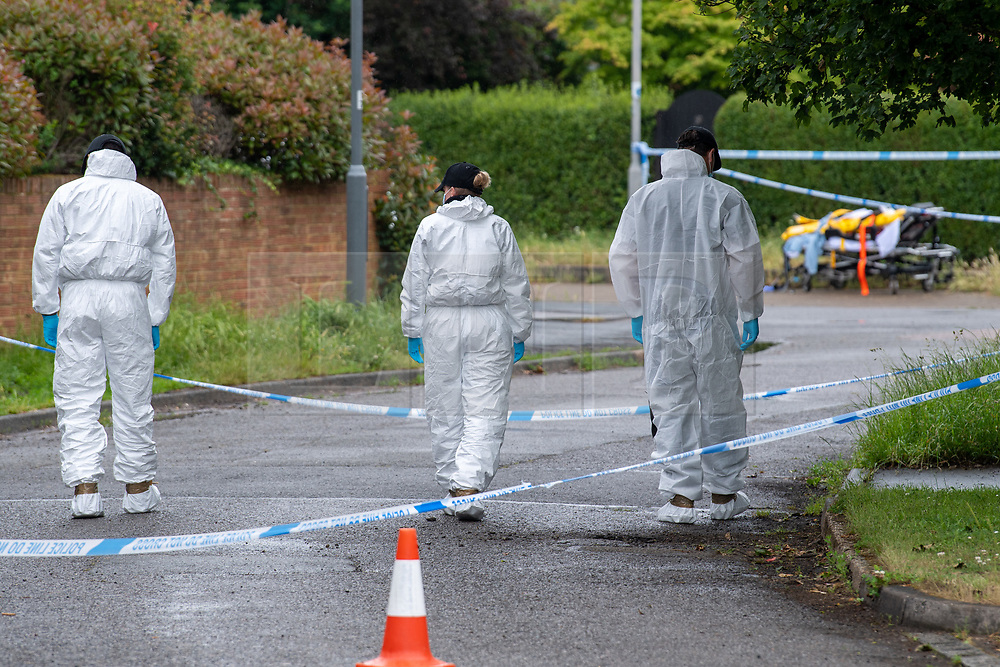