***CONTAINS NUDITY***© Licensed to London News Pictures. 25/10/2014. Brighton, UK. A group of travellers with 18 caravans and extra vehicles that moved on to a public space on Black Rock near Brighton Marina have been issued with a Claim Form for Possession of Property on October 17th 2014 with a hearing scheduled for October 24th 2014. The Brighton and Hove Council’s website states an eviction would be carried out as soon as practicable should the families fail to leave the site voluntarily. Photo credit : Hugo Michiels/LNP 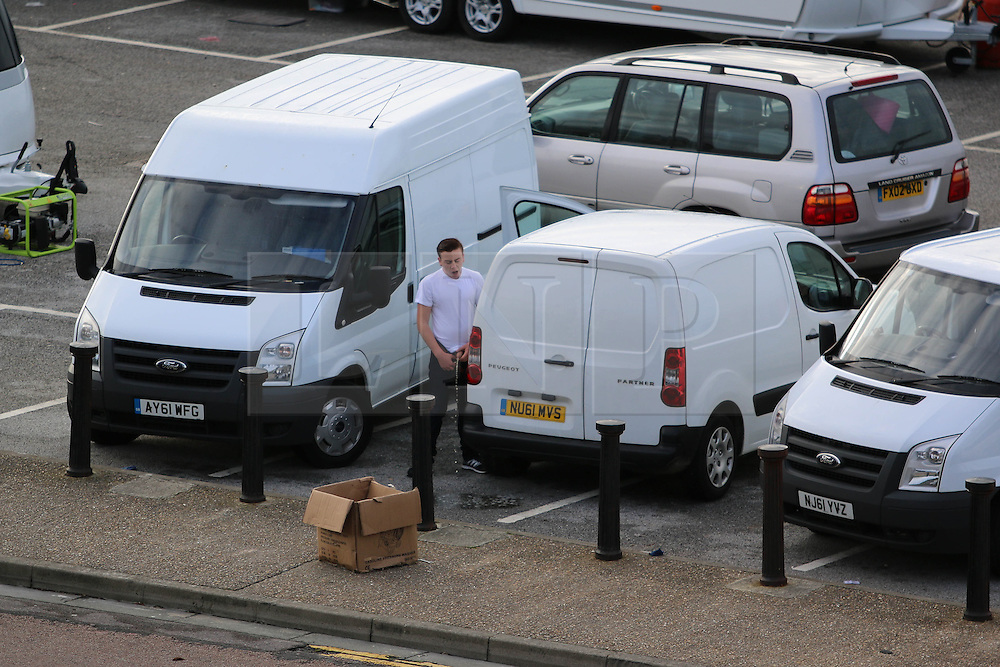