© Licensed to London News Pictures. 13/10/2018. London, UK. A forensic markersseen in the road next to a car at the crime scene at Manford Way in Hainault, where police were called at approximately 10:20pm last night to reports of two men stabbed in Manford Way, Hainault and one man, believed aged 23, was pronounced dead at the scene. The second man, believed aged 22, was taken to an east London hospital for treatment where he remains in a critical condition.. Photo credit: Vickie Flores/LNP 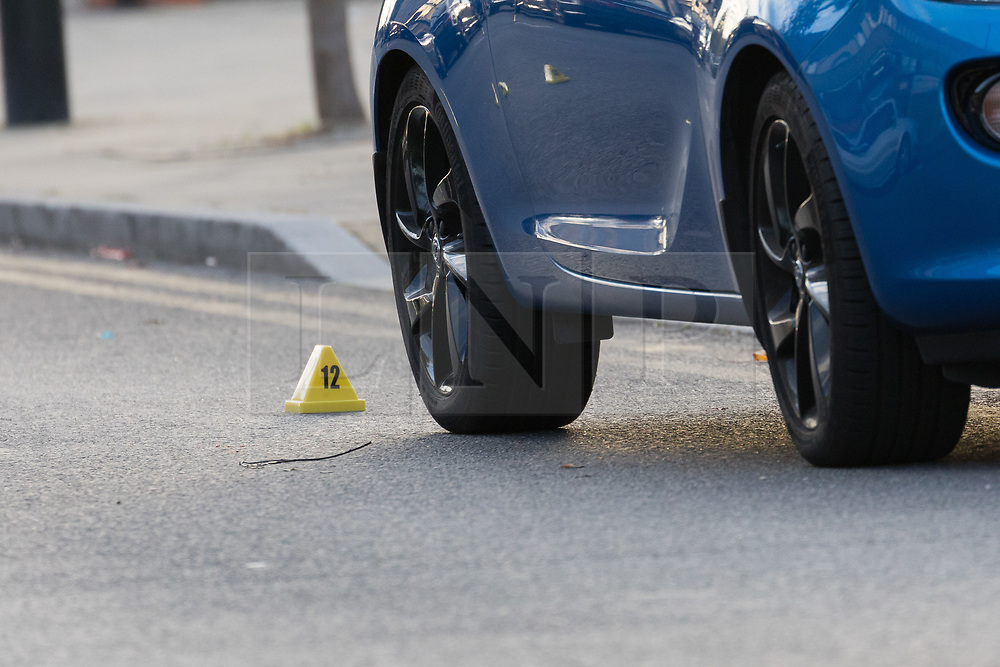