© Licensed to London News Pictures . FILE PICTURE DATED 22/05/2017 as Manchester prepares to mark a year since the Manchester Arena terror attack . Manchester, UK. ANDREW ROUSSOS (with beard) with his son XANDER (carrying dog), whose daughter, Saffie Roussos , was the youngest of those killed in the attack and who would have turned nine today (4th July 2017) . Mr Roussos has spoken publicly about the impact of the Manchester Arena terrorist attack which killed his daughter, in an interview for the BBC's Victoria Derbyshire . Photo credit : Joel Goodman/LNP 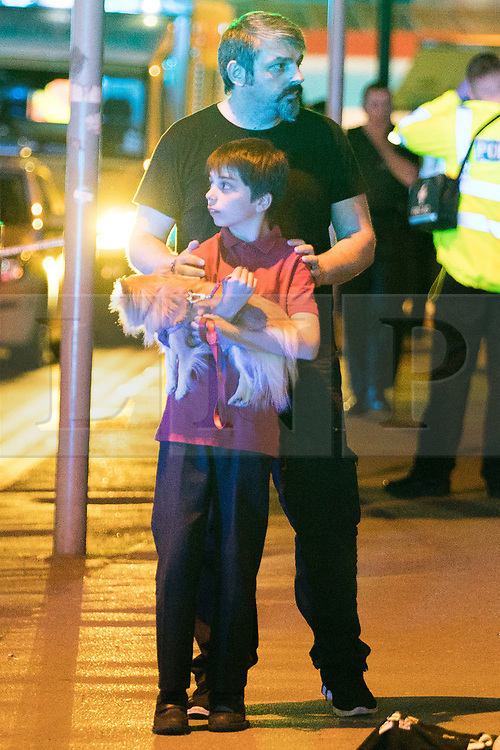