Pictured: Police have closed off Minard Road where Shah's Newsagents and Connivence store is located in The Shawlands Glasgow while forensic officers gather evidence. 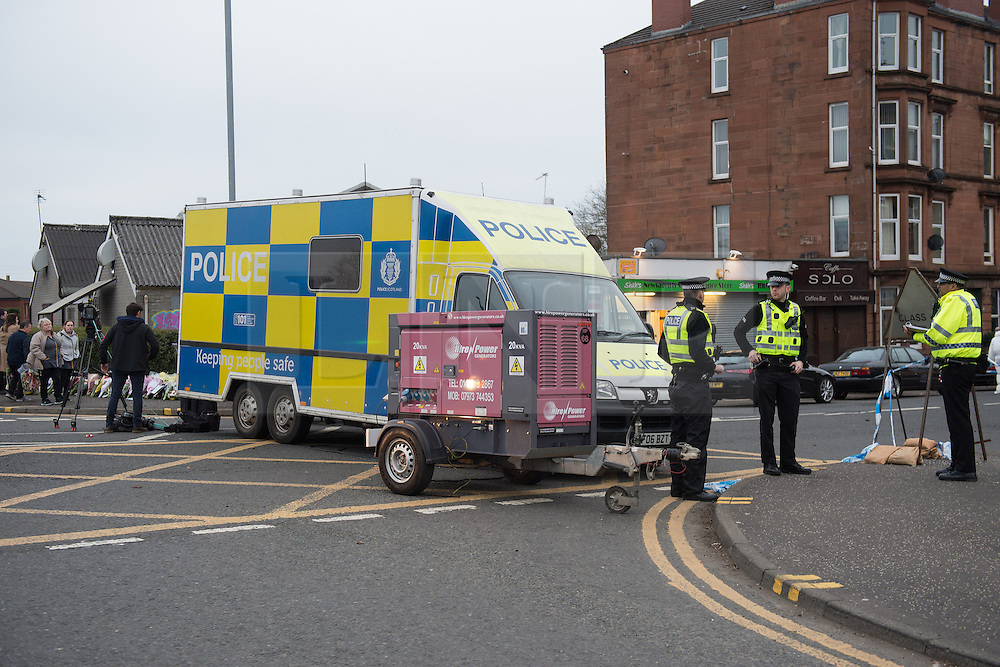