© Licensed to London News Pictures. 19/09/2019. London, UK. JOANNA CHERRY QC MP - SNP MP for Edinburgh South West and JOLYON MAUGHAM QC- lawyer and anti-Brexit campaigner make a statement to the media outside UK Supreme Court in London at the end of the three day appeal hearing in the multiple legal challenges against the Prime Minister Boris Johnson’s decision to prorogue Parliament ahead of a Queen’s speech on 14 October. Since Tuesday 17 September, eleven instead of the usual nine Supreme Court justices have been hearing the politically charged claim that Boris Johnson acted unlawfully in advising the Queen to suspend parliament for five weeks in order to stifle debate over the Brexit crisis. It is the first time the Supreme Court has been summoned for an emergency hearing outside legal term time. Lady Hale, the first female president of the court who retires next January, has been preside the Brexit-related judicial review cases. Photo credit: Dinendra Haria/LNP 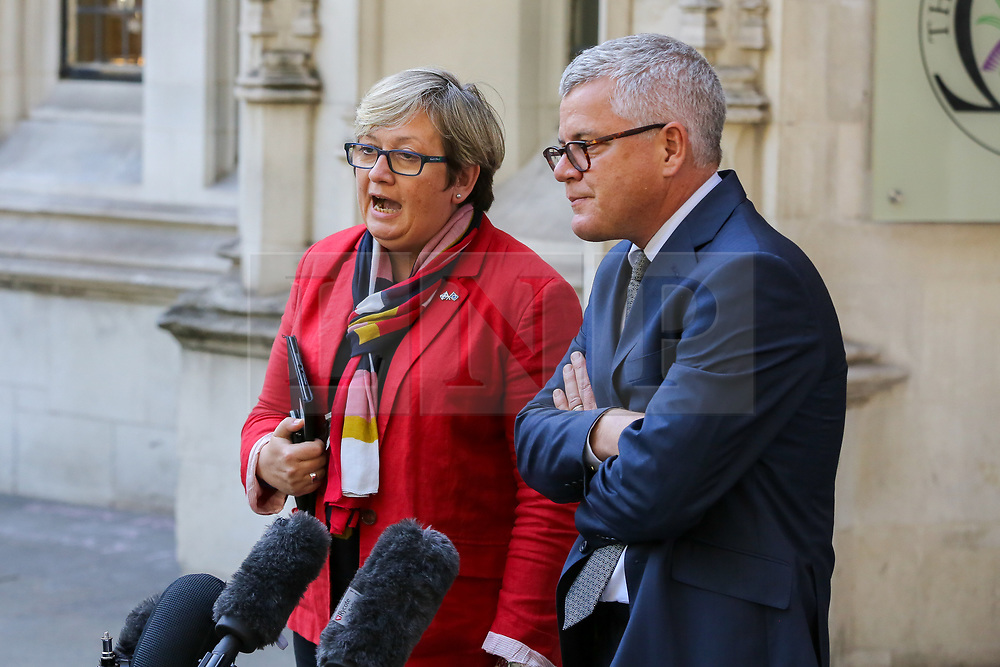