© Licensed to London News Pictures. 20/11/2019. Ilford, UK. A burnt out vehicle inside a crime scene after a teenager has been stabbed to death in Ilford. Police were called at 22:20hrs on Tuesday, 19 November to Fullwell Avenue, Ilford, following reports of a fight outside Owen Waters House. Officers attended and found a 19-year-old man suffering from stab injuries. Police administered first aid before paramedics from the London Ambulance Service arrived. However despite their best efforts, the victim died at the scene. Photo credit: Peter Manning/LNP 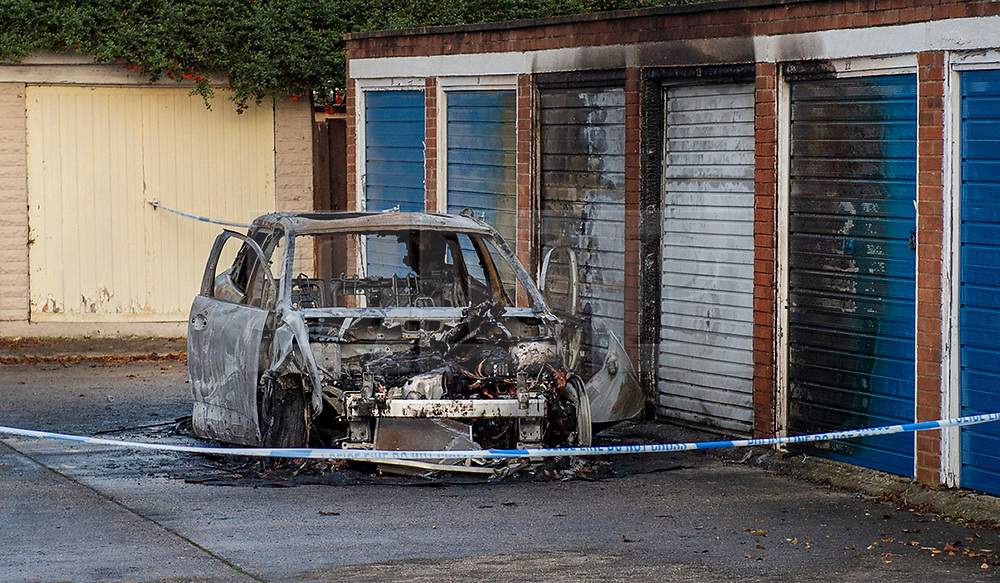