© Licensed to London News Pictures. 29/11/2016. London, UK. Helawit Hailemariam, Menabe Andargachew, Clive Lewis MP [Left to Right] bring a petition to Downing Street calling on the Prime Minister to seek the release of British man Andargachew "Andy" Tsege, who is in his sixties, who is in prison in Ethiopia under the shadow of a death sentence. Andargachew Tsegehas been detained in the country since he was removed from an airport in Yemen in June 2014. The father-of-three, who fled the country in the 1970s and sought asylum in the UK in 1979, had been a prominent critic of Ethiopia's ruling party. Photo credit : Tom Nicholson/LNP 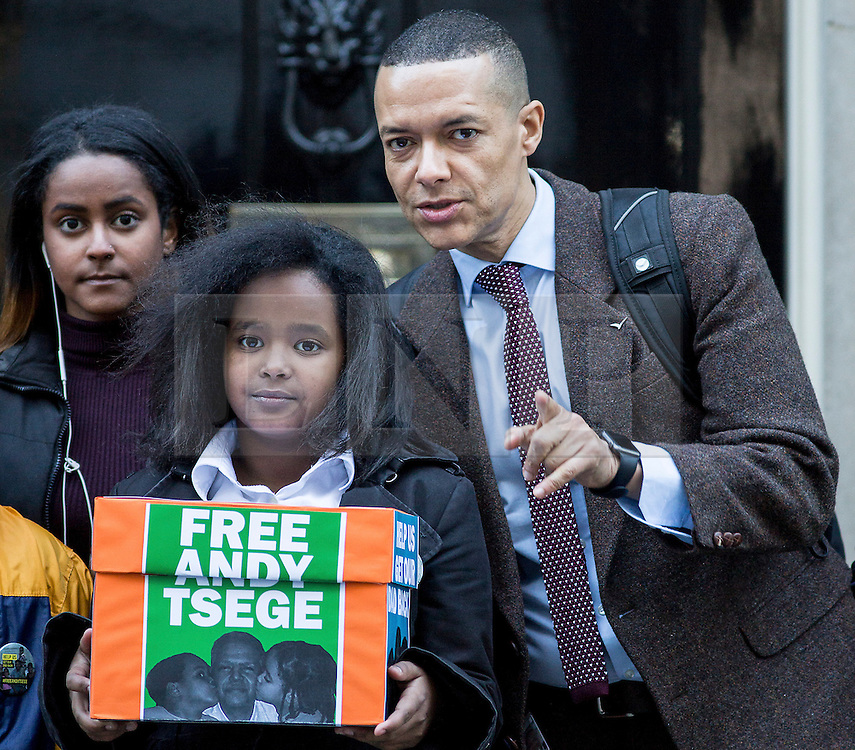